As young Wisconsin sportsmen and women ponder a career path that could potentially lead them to the military, I wonder... 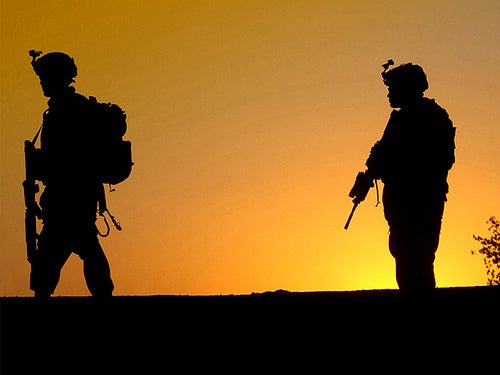 As young Wisconsin sportsmen and women ponder a career path that could potentially lead them to the military, I wonder if recruiters will be able to use the new special gun deer hunt as a carrot to make them commit. Badger State lawmakers recently approved a virtual year-round opportunity to hunt for soldiers returning from overseas duty and missed the regular deer season.

The program will put returning soldiers in touch with landowners whose crops are being damaged by nuisance whitetails. While the scope of the original bill had a much shorter–three days–hunting opportunity, the final version that was approved will allow veterans to hunt any day they want between now and September provided they have registered landowners’ permission.

While warm weather hunting probably isn’t a huge draw for most true deer hunters, no doubt, plenty of the 3,000 returning Wisconsin soldiers will enjoy taking advantage of an opportunity to hunt this year, particularly if they were away during the traditional time to be in the woods. If nothing else, it’s a great way to thank these men and women for their service to the state and to our country as a whole.

In fact, while we’re on the topic. I’d like to just say thanks to all of you vets for your sacrifice and dedication whether it has been during the current conflicts or in service as far back as almost 70 years ago.