There are pros and cons for living in the West. I was reminded of it again this week as snow … Continued 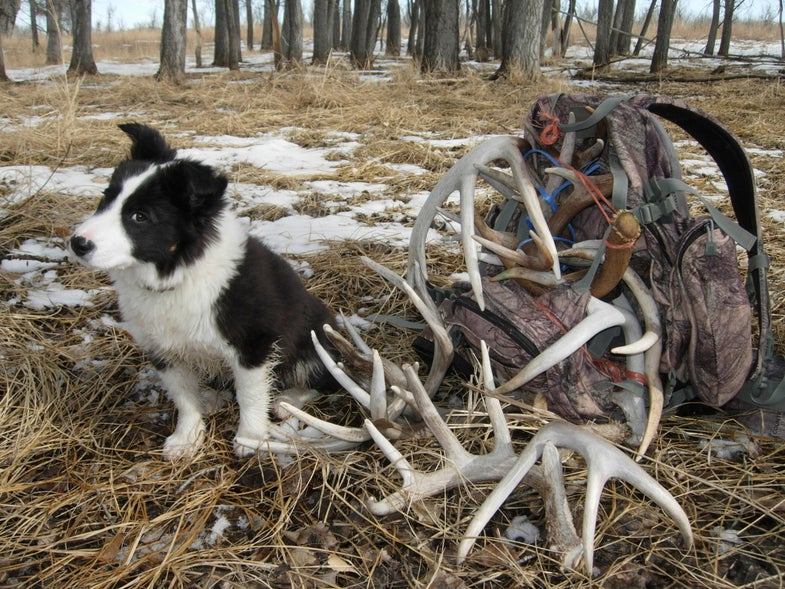 There are pros and cons for living in the West. I was reminded of it again this week as snow invaded the turkey hunt I planned for my kids. Of course there are pos and cons for anywhere you live and last week I was also reminded of that while spending the week in South Dakota for work. After wrapping up my business duties I decided to spend an extra day shed hunting and scouting on the properties I hunt annually.

Whoa, was I way off on my calendar setting. Instead of being greeted by a hint of spring, the area was in full, green bloom. Finding a shed antler was going to be as difficult as finding a parking spot on a busy New York street. Despite the tall grass, flooded riparian zones from the excessive winter snow, and my tight schedule, I did manage to pick up a few whitetail sheds on the bottoms, along with several muley sheds in the breaks. Since South Dakota has more in common with the Midwest than the West, I assume
most of the Midwest shed hunting has come to a screeching halt with the greenhouse effect.

Here’s the pro for living in the West. Spring is just springing. I just wrapped up a shed hunting trip for mule deer and had one of the best trips of my life after picking up so many antlers I could hardly fit my new pup on the four-wheeler with me. A few days earlier I hiked into a remote section of the Wyoming mountains and had a backpack so full of elk and mule deer sheds I almost stashed some to save my feet the agony. May is coming next week and as more and more snow melts on the mountain slopes it offers moreaccess to steep canyons where big bulls hide out from the snowmobilers and early-season shed hunters.

And lest you think whitetails take second place to elk or mule deer, think again. Major river drainages crisscross the West and most have a thriving population of whitetails living along the banks. I spent much of March tracking around looking for whitetail sheds and snooping for past rubs and scrapes in the oxbow bends of the rivers near home.

Sure the Midwest has the market cornered on giant whitetails, but when it comes to diversity and a lengthy season of hunting shed antlers, you can’t beat the West.