Anyone who has ever watched a Milwaukee Bucks NBA basketball game is probably familiar with the chant of their devoted... 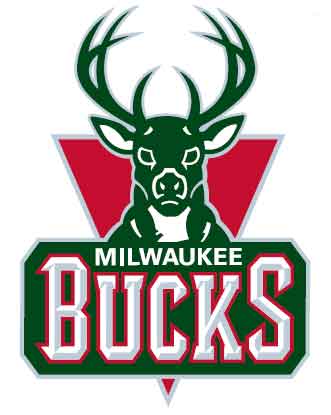 Anyone who has ever watched a Milwaukee Bucks NBA basketball game is probably familiar with the chant of their devoted fans. During home games, it’s not uncommon to hear the Milwaukee crowd taunting the other team by screaming “fear the deer!” In reality, I doubt that very many people have been afraid of deer or feared this spirited chant for that matter. However, recently some Milwaukee Buck fans that were enjoying the game in a Wisconsin bar had good reason to actually “fear the deer.” Ironically, two thirsty whitetails busted through a glass window and ran into the crowded Stout Ale House Bar during the Bucks playoff game with Atlanta. In fact, many customers were watching the game when the two deer literally busted up the party.

As a writer, I sometimes have a creative side, but you can’t make stuff up this good. Fortunately, no one was hurt or injured during the frightening incident and both whitetails were kindly asked to leave by the staff. It’s a safe bet there are probably not too many bouncers in bars across the country that have had to wrestle a couple of wild deer to the ground. After busting through the glass, the lead deer was somewhat addle and fairly easy to handle. However, the second whitetail ran into a private room and supposedly put up one hell of a fight. Apparently, this deer’s throat was extremely dry and it was willing to take on the entire staff for a few shots of whiskey. I don’t know about you, but I would have loved to see the look on the customers’ faces when the two deer ran into the middle of the bar. Can you imagine being half lit and seeing a pair of crazy whitetails jumping across your table? I guess the folks in Milwaukee are right when they say that you better “fear the deer.” Maybe this fall I will start sprucing up my mock scrapes with some Jack Daniels or Jim Beam to draw the big boys into bow range! What is the legal drinking age of a buck anyway?