Are you beginning to strategize for the upcoming whitetail season? I often wake up at night thinking about how I... 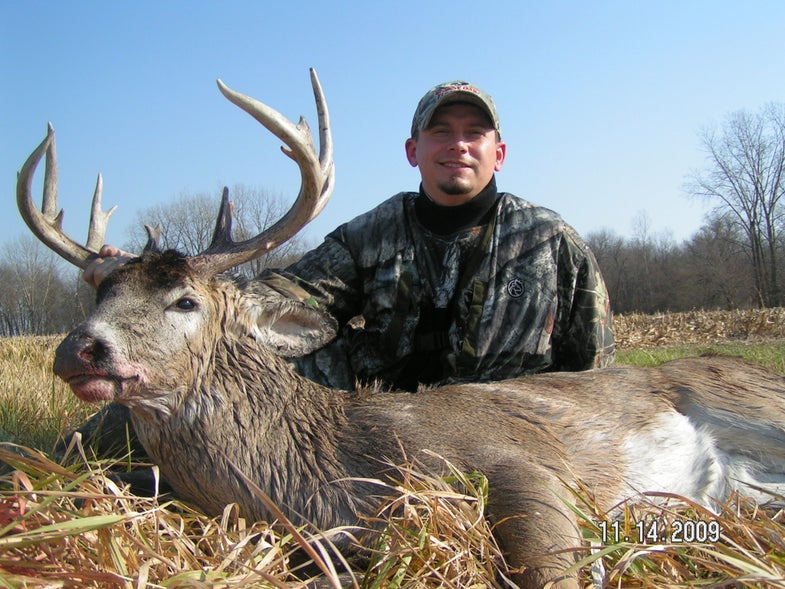 Are you beginning to strategize for the upcoming whitetail season? I often wake up at night thinking about how I could have done a better job of ambushing bucks, but that’s an issue I have to resolve on my own. Recently Bryan Busse, a pro staff member for Mossy Oak, RutWear, Hoosier Hunter Custom Calls, Bust-A-Buck and Athens Archery, shared with me two unique strategies he used to tag his firearm deer in Indiana despite heavy hunting pressure.

Busse’s first strategy was to situate himself in location where pressured bucks from an adjoining section of timber would flee when overanxious hunters moved around in the woods. His pick was to set up along a wooded ditch approximately 100 yards perpendicular to the woods. The ditch ran into a Conservation Reserve Program field where Busse hoped the deer would escape when the bustling orange become too much in the timber.

He didn’t stop there. Because the wind was blowing his scent toward the woods he needed to stop any deer in shooting lanes on either side of his scent stream before they were on to him. For this job he froze a bottle of Bust-A-Buck Doe-N-Estrus scent and toted it into the woods. He also donned himself in antimicrobial clothing and sprayed down with scent-eliminating sprays. Now back to the frozen urine. Once in his stand he broke the frozen scent into two chunks and tossed one to his right and one to his left. As the day warmed up he hoped the scent would melt and grab the attention of deer before they smelled him.

At 10:30 a.m. Busse surmised hunters were leaving the woods. He heard a deer snort and soon took aim at does fleeing the woods. Just as he was about to touch of his muzzleloader on a fat doe he caught sight of a mature buck already in the CRP field. The moment the buck hit the scent stream of the melting urine it stopped broadside for a 90-yard shot although it did end up taking a dunk in the ditch before it died. No problem, Busse made smoke and had his buck by waiting out other hunters, and using frozen urine. His success also guaranteed him that he wouldn’t be eating frozen dinners over the course of the winter!