So You Think You Can Shoot?

I’ve always thought of myself as of a good shot. Let me correct that statement. Actually I think of myself... 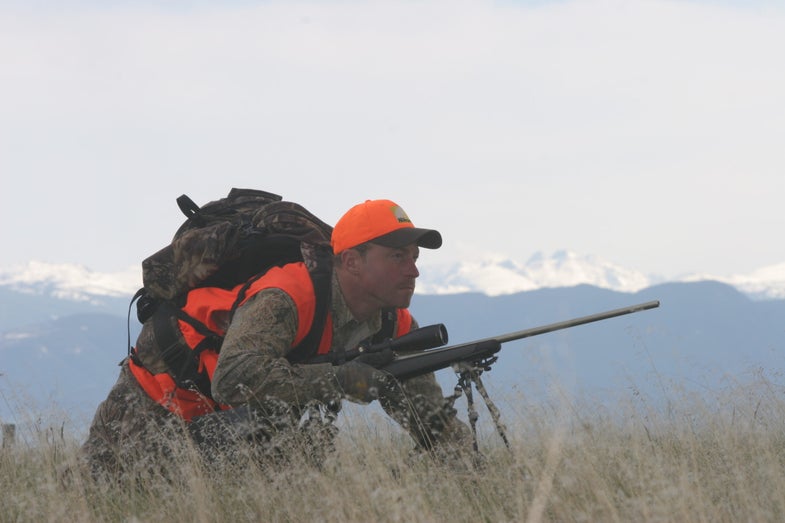 I’ve always thought of myself as of a good shot. Let me correct that statement. Actually I think of myself as a good user of products to steady my shot. I always have a bipod on my rifle and use shooting sticks when warranted. No rock, stump or daypack gets past me without consideration for added stability.

After reading the news yesterday I found out I’m not really that good of shot. Craig Harrison is though. In fact, the British military sniper is not just a good shot, he’s the best. Harrison set a new world record yesterday for verified kills in a theatre of war. He sniped a Taliban extremist at an authenticated range of 8,120 feet. For those of you not into feet, that’s 1.54 miles.

And to prove that it wasn’t just a lucky shot, Harrison racked a second round to tip over another bad guy. How did he top that? He racked a third round and disabled the bad guy’s machine gun. The deadly shots took almost three seconds to reach their target and were from an 8.59mm (.338) caliber rifle.
Not only did he put two bad guys permanently on the unemployment roster he saved the life of his commander and colleagues who were under fire from the lunatic fringe in the desert. The previous sniping record was set by a Canadian sniper who shot an Al-Qaeda member in March 2002.

Harrison admits conditions were perfect for the shots with little wind and great visibility. I don’t care how humble this guy wants to play it. He’s a great shot and a dedicated soldier considering he recently had a bullet pierce his helmet, but deflect away from his skull. He was also in a roadside bombing incident and broke both his arms during the tragedy.

One thing is for sure. I’d hate to have Harrison watching the same alfalfa field as I am during whitetail season. I wouldn’t stand a chance if a buck stepped out.

Thanks to Mr. Harrison for his service and to all soldiers serving their countries.