You Should Thank the Supreme Court

If you like checking out the Big Buck Zone for monster whitetails, hunting adventures, freaky sheds and hot new hunting … Continued 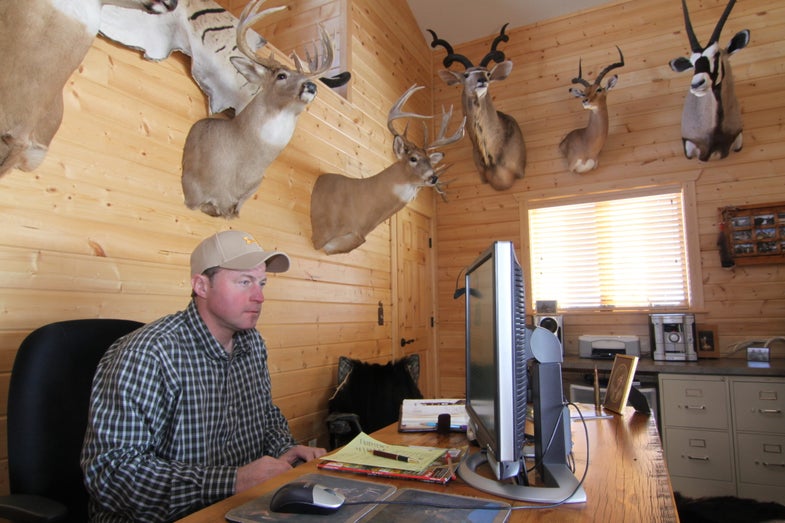 If you like checking out the Big Buck Zone for monster whitetails, hunting adventures, freaky sheds and hot new hunting tactics, you need to send a thank you to the Supreme Court. Why?

A court battle has been playing out behind the scenes and it could have directly affected readers of this blog, readers of hunting magazines and even viewers of outdoor television. What’s the skinny? Back in July of 2009 I wrote about a Robert J. Stevens of Virginia who was convicted of producing and selling films about dogs. Basically he edited old footage together, added narration and sold the films. He didn’t do anything illegal. In fact, he has no prior criminal record.

One of his films was titled “Catch Dogs” and was inspired by his love for pit bulls. The film showed the training of dogs to catch prey and in one scene shows a dog making a mistake followed by the means to rectify the problem. Much of the footage was historic from the 60s and 70s, plus obtained from Japan where the activity is legal. He also produced films on the fighting history of pit bulls although the case was made on the “Catch Dogs” film.

Herein is the issue. There is a federal law that bans “depictions of animal cruelty.” In short, it bans images of animals being hurt or killed and deemed illegal under federal or state law, and prosecutable either where the event took place or where it is sold or possessed.

Are you following me? If you or I write about or take a photo of something legal in our backyard, but it is published somewhere else where it is illegal, we could all be guilty of a federal offense. It could shut down the entire outdoor media universe as we know it if the law was upheld. Fortunately it wasn’t.

The Supreme Court upheld a 5th Circuit Court of Appeals decision that voided the conviction of Stevens saying it violated the First Amendment of the United States Constitution. The Supreme Court’s majority opinion was authored by Chief Justice Roberts.

I can’t imagine what would have happened if the Supreme Court had decided in another way. That’s why we as Americans need to pay attention to all Supreme Court nominees, particularly the nomination process being played out as Supreme Court Justice John Paul Stevens plans to retire at the age of 90. If the Supreme Court somehow takes a wide swing to the left you might just be looking for the Big Buck Zone in an underground publication.