As a simple country boy, it’s very difficult for me to even watch the evening news anymore without blowing a... 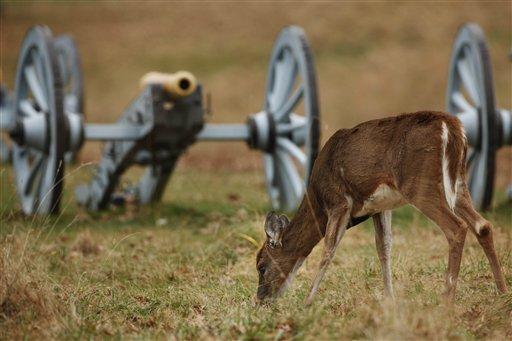 As a simple country boy, it’s very difficult for me to even watch the evening news anymore without blowing a fuse! However, sometimes things become so out of whack that you’ve just got to sit back and simply laugh at the madness. It has been reported that the Friends of Animals and Compassion for Animals groups decided to take the Valley Forge National Park Services to court over their decision to cull deer within the park through sharpshooters and birth control. Both groups are passionately arguing that coyotes should be used instead to control the numerous problems associated with the overpopulation of deer at Valley Forge in eastern Pennsylvania.

In fact, Michael Harris, a law professor at the University of Denver’s Environmental Law Clinic that filed the lawsuit, said the decision to cull deer runs counter to the National Park Services’ Preservation Mission. “For the National Parks Service to enter Valley Forge National Historic Park in the cover of winter to slay white-tailed deer is not only an appalling twist on the park’s history, it is just another sign that the Park Service has abandoned its century old mission to strive for parks in which conservation of nature is paramount.” Others on board with Harris feel that cruelly shooting deer or compromising their social and reproductive interactions by imposing birth control on them is just morally wrong. As an alternative, both animal advocacy groups propose that the park allow coyotes to solve the problem in a more natural way.

Let’s bring a little reality to the table. First, the 3,500 acre park is surrounded by an urban and suburban jungle, which is not going to be a friendly environment for those cute and cuddly coyotes. What will be the solution when the coyotes become overpopulated and start feasting on residential pets in the area or worse? I guess professor Harris has not read about the recent incident where a woman was fatally mauled by a coyote while visiting a park in Canada. In this particular situation, there is no way coyotes could even begin to adequately control the deer population within the park. In the end, they will just cause more problems and the park will still be overpopulated by deer.

Secondly, just leaving deer populations unchecked can cause serious problems with disease, starvation, over browsing, and vehicle collisions (90 occur each year in the park). My suggestion is to close the park down for about two weeks during November each year and allow the state wildlife agency to run a lottery quota hunt with archery equipment. This will save everyone a lot of money on sharpshooters and expensive birth control that is not effective anyway. In fact, the state can actually make money through permit lottery sales and George Washington won’t have to be rolling over in his grave! What do all of you on the BBZ think should be done in this situation?