As a hunter, you would be hard pressed to find someone who knows more about the woods and water than... 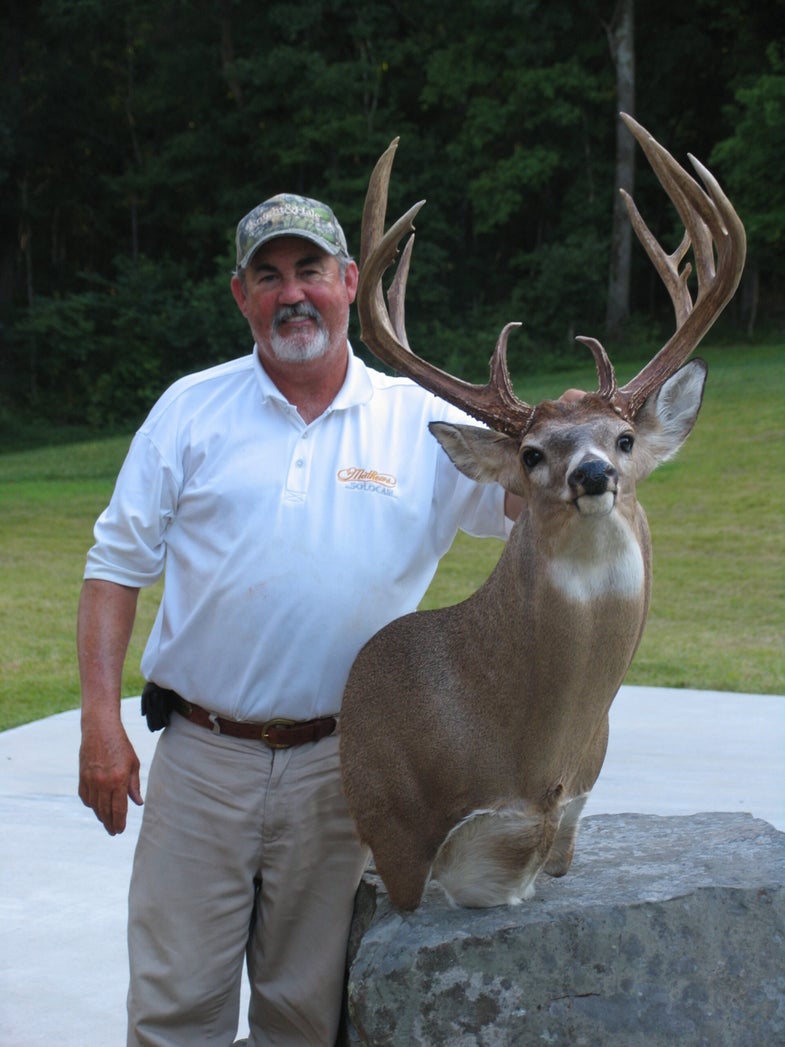 As a hunter, you would be hard pressed to find someone who knows more about the woods and water than legendary Harold Knight. Over the years, I’ve had the privilege of chasing fired-up longbeards and top-heavy bucks with this genuine country boy from Kentucky. During these trips, it didn’t take me long to learn that Knight is capable of making turkey calls sing and mature bucks worry about their future. In fact, it would probably take an experienced math teacher and a good calculator to add up how many gobblers and thick-racked bucks this old boy has tagged throughout his life. Without question, Knight has taken more than his fair share of trophy-class whitetails, but last season he was able to tag the biggest buck of his entire hunting career. Let’s take a sneak peak of how this unbelievable hunt unfolded.

By the time November rolled around, Harold Knight and David Hale had already knocked down several good bucks across the country for their Ultimate Hunting television show. Finally, these two hunters were going to have the rare opportunity to stay at home and hit the woods in the area where their friendship first began many years ago. They found a red hot location where two hardwood ridges came together just above a food source. The entire area was completely covered up with fresh rubs, scrapes and heavily worn trails. According to Knight, the setup overlooked a high-traffic area for does, which made it the perfect spot to hang a stand during the rut. “I could barely sleep the night before my hunt, because I knew at least one monster buck was consistently using the area. This big boy was leaving behind the kind of hot sign that every diehard deer hunter dreams about,” said Knight.

It was the opening week of the Kentucky gun season, but Knight decided to pack his trusty bow into the woods instead. After a few hours in the stand, Knight and Hale spotted a slick headed doe busting out of the thick cover with a high-racked monster right on her tail. Unfortunately, the giant buck circled around their setup three different times chasing the doe without providing a decent shot. At this point, Knight began second guessing the decision to leave his rifle at home, because this was by far the largest buck either hunter had ever encountered. About that time, the buck circled around once more, but this time he hit the scent trail that Knight had previously laid out inside of a cleared shooting lane. Immediately, the buck threw on the brakes and Knight was able to take the shot of a lifetime. Within minutes, he was able to track down a whitetail that looked more like a beef cow with a rocking chair attached to its head. Knight’s massive racked 16-pointer sports pop can thick bases, extra-long tines, and scores just over 208. Congratulations buddy on one heck of a deer!