In my neck of the woods, a “road hunter” is a term reserved for those shady characters that hang high-powered... 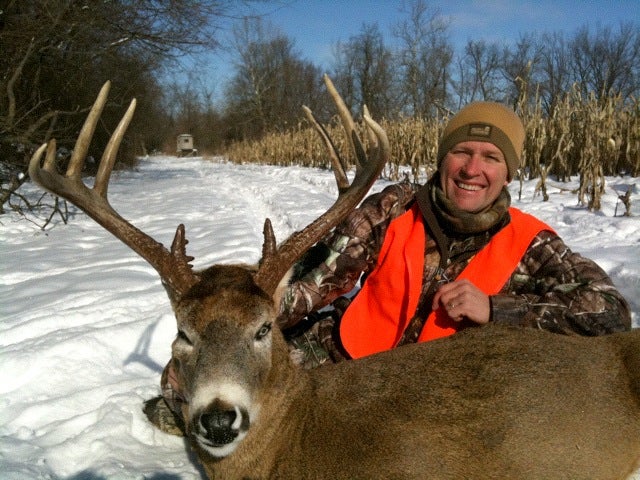 In my neck of the woods, a “road hunter” is a term reserved for those shady characters that hang high-powered rifles out of their truck windows during or even before the opening of deer season. These outlaws typically cruise the back roads and live by the simple creed of dropping the hammer on anything that is brown! However, don’t let my title fool you, because this story is definitely not about those trigger happy poachers with questionable morals. In this case, the “Ultimate Road Hunter” is simply a well-earned nickname that I gave my good friend and country music singing sensation Craig Morgan. Like most of us, Morgan is confronted with the dilemma of trying to juggle a demanding career schedule with his undying passion for hunting and the outdoors. Consequently, this country boy has found an innovative way to combine both worlds and the results have been absolutely amazing.

As you can imagine, Morgan lives his life on the open road traveling from town to town and performing under the bright lights of the stage. In the past, his tour schedule would drastically cut back the hours he could spend in the treestand during the fall of the year. Finally, Morgan decided that enough was enough and started packing a bow and hunting gear along with his favorite guitar. Today, you’re likely to see this diehard hunter on top of his tour bus letting some arrows fly at a portable target just before one of his sold-out shows. Morgan makes sure that he can chase top-heavy bucks and fired-up longbeards along each stop of his tour. As a result, this road hunter has rapidly been filling up a trophy room with a lot of thick-racked whitetail bone, which blends perfectly with all of his music awards!

In fact, Morgan has taken some phenomenal bucks on the road and last season he was able to punch tags from Iowa all the way to the Lone Star State of Texas. Undoubtedly, this guy is burning his candle at both ends by writing major hits like “This Ain’t Nothin,” touring with the band, making videos, and spending every spare second in the woods. Now, Morgan has even decided to share all of his outdoor adventures on the road with us by hosting a new show called “All Access Outdoors.” Without question, mixing bow strings, guitars, and monster bucks together will have to produce some primetime entertainment with a lot of action! Congratulations Craig on a phenomenal deer season and what sounds like the beginning of a great show.