All whitetail addicts on the BBZ have been patiently waiting for the fall season to kick into high-gear. In many... 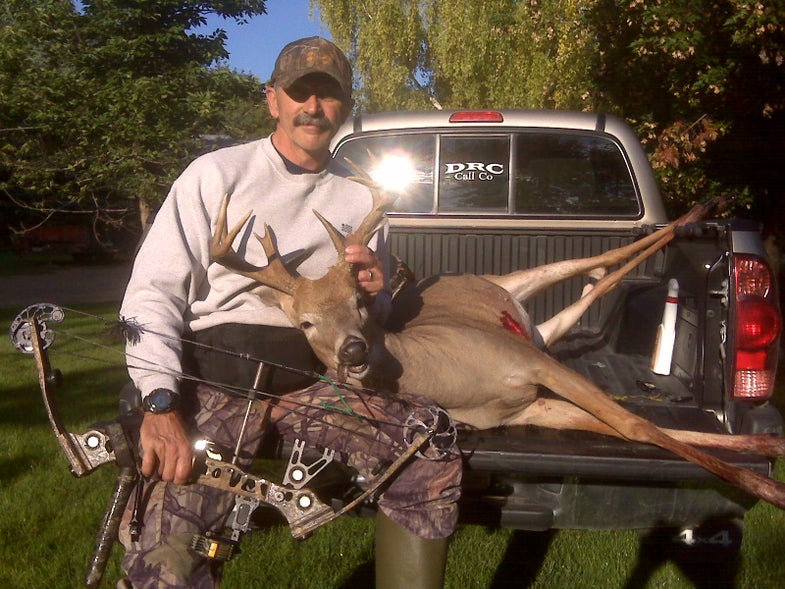 All whitetail addicts on the BBZ have been patiently waiting for the fall season to kick into high-gear. In many states, hunters are already climbing into treestands and slinging arrows at top-heavy bruisers. Reports and stories are starting to roll in about hunters sticking early-season bucks in several states. For example, country music legend Aaron Tippin smoked a really nice buck just the other day in North Dakota.

Most of you know Aaron Tippin as the blue-collar singer and song writer who has touched the hearts of thousands of fans with hits like “You’ve Got To Stand For Something” and “Where The Stars And Stripes And The Eagles Fly.” Tippin is also a diehard deer hunter and passionate outdoorsman who lives to chase high-racked bucks and fired-up gobblers.

Over the past few months, Tippin has been extremely busy performing on the road, but this country boy from South Carolina still finds time to hit the woods in between his shows. In fact, Tippin recently traded his guitar strings for a bow string in the hills of North Dakota. During this hunt, Tippin found himself tangling with deer that were following a textbook feeding to bedding pattern. However, a predictable pre-rut routine did not mean that punching a tag was going to be easy. Throughout the week, it seemed the big boys always found a way to stray just out of bow range and time was running out.

On the last morning of the hunt, Tippin setup a ground blind overlooking some heavily worn trails that connected a nighttime food source with bedding cover. Finally, the buck he had been waiting on came into view and slowly began working its way toward the hunter.

Without hesitation, Tippin ranged the buck at 32 yards and came to full draw for the shot. One deep breath was followed by a screaming arrow that smacked into the buck’s sweet spot. Within a couple of hours, Tippin followed the brightly colored blood trail right up to a beautiful 9-pointer that was sporting a split brow tine. Undoubtedly, hitting pay dirt early by punching that first tag is a great way to jumpstart the season.

Congratulations Aaron on one heck of a hunt!