In some states, hunters are already in the woods chasing top-heavy bucks with super long tines and extra-wide racks. Many... 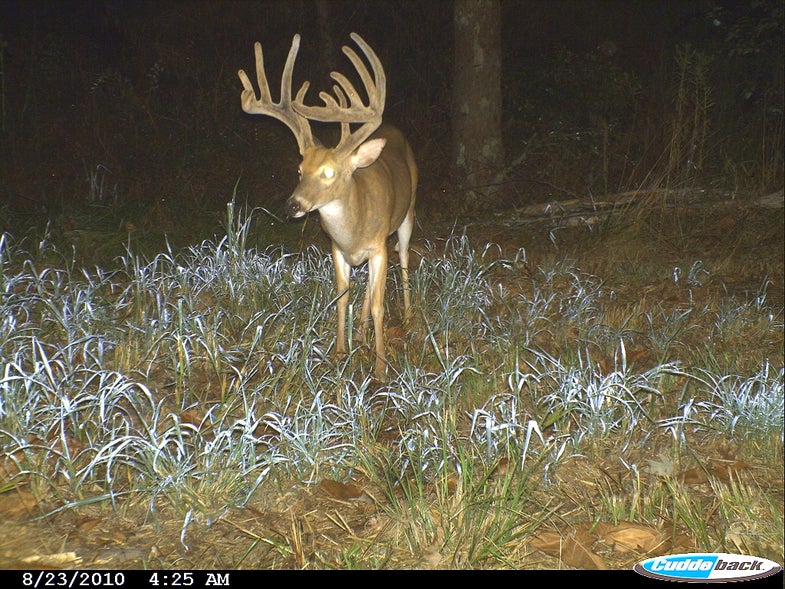 In some states, hunters are already in the woods chasing top-heavy bucks with super long tines and extra-wide racks. Many other diehard whitetail addicts are simply counting down the days until the season opener and trying to find new ways to fight antler withdraw.

With that being said, I would be willing to bet the farm that a lot of you have been logging countless hours in the field over the past few months scouting your favorite honey hole. There is no doubt that glassing early-season food sources, studying topo maps, and hanging stands will help get you motivated for opening day.

However, there is nothing quite like trail-cam pictures of a massive-racked monster to get you fired-up, cranked-up and ready to rock! On that note, I just had to share some pictures of an impressive Boone & Crockett giant that was sent to me a few days ago. The photos of this amazing velvet coated bruiser were captured by Jarod Jackson in the river bottom farm country of southern Illinois.

For the past few years, Jackson has collected numerous pictures of the buck during the late summer months, but the long-tined titan mysteriously disappears just before the opening day of archery season.

Without question, this big boy knows how to play the game, which is probably why he is still walking around with that rocking chair attached to the top of his head! A mature buck like this one is a completely different breed of whitetail and will be hard to handle again this season.

By the way, I would love to hear some scouting and hunting reports from all of you on the BBZ right now. Post a comment and let us know what the deer are currently doing in your neck of the woods.