I spent most of this week in Montana bowhunting whitetails at dawn and dusk, and chasing muleys in the midday.... 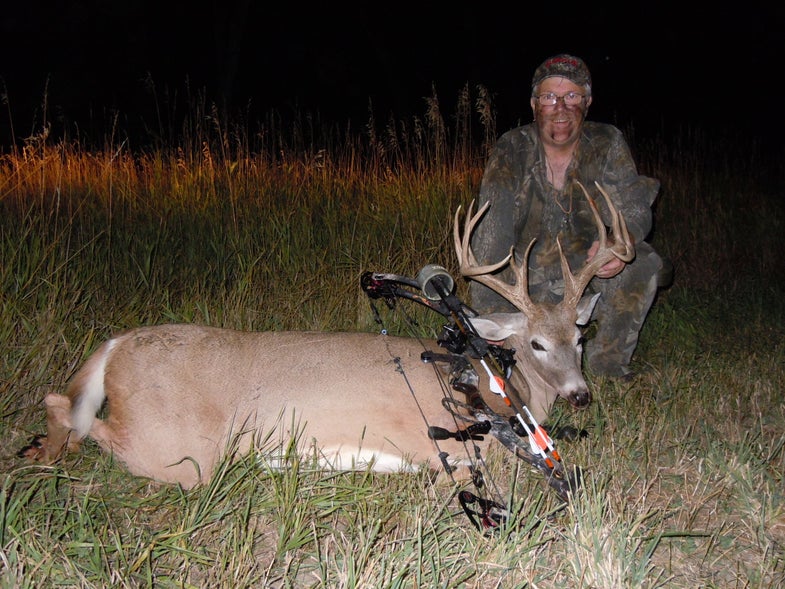 I spent most of this week in Montana bowhunting whitetails at dawn and dusk, and chasing muleys in the midday. The muleys won out for me and a high-racked buck was just too tempting.

It wasn’t so for Maryland hunter Joe Wajek. Wajek makes the fall pilgrimage each fall to hunt in Montana with Gardner Ranch outfitters operated by my good friend Doug Gardner. His camp offers archery and firearm hunts for pronghorn, elk, mule deer and of course the ever popular whitetail.

Wajek spends the off season practicing and shooting competitive archery tournaments so when a whitetail stacked with tall tines stopped inside of 30 yards near his Montana treestand, he didn’t hesitate. Despite it being the first afternoon of his hunt, Wajek tripped the release on his Mathews Monster to kickoff a great season.

His buck had just recently shed its velvet and was sporting a tall 6×7 frame. For Wajek, the buck turned out to be his best ever after more than four decades of bowhunting.

Don’t forget to take advantage of early-season opportunities, especially on Western whitetails. Bucks are patternable, visible and visiting nutritious food sources to beef up for the upcoming rut. Habits like these put you in the driver’s seat and on your way to a pre-rut buck.