It’s been hot where I’ve been hunting. Has it been hot at your treestand site? This past week I had... 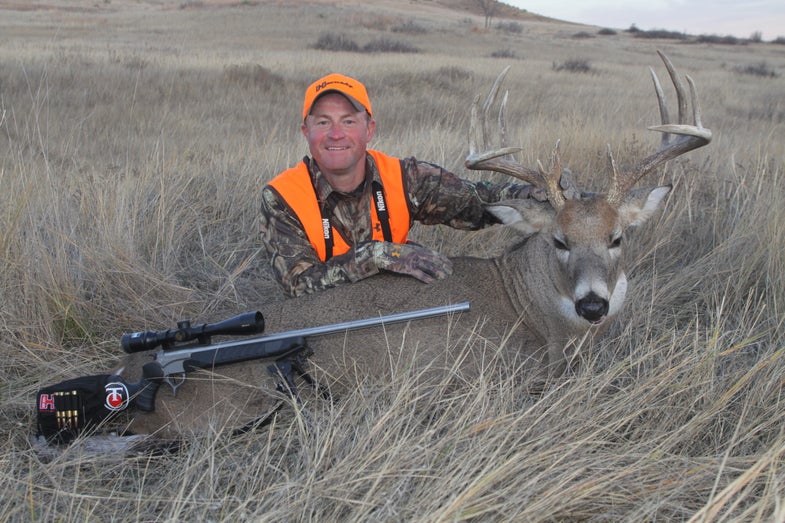 It’s been hot where I’ve been hunting. Has it been hot at your treestand site? This past week I had the opportunity for an early rifle hunt in South Dakota. Temperatures were in the 70s and oftentimes knocking on the door of 80. Despite the hot temperatures, the rut is in full swing. Yesterday my buddy watched a buck breed a doe. Today I watched a buck court another doe coming into heat and last Saturday I tagged a brute in brutal temperatures.

This buck was very active last Saturday and although I faltered on my first encounter and let the buck escape, he moved on and off through the early afternoon. I kept tabs on him as he hounded does, but by early afternoon the temperatures were too much and this brute of a buck had to take a shade and water break.

Once the buck bedded down, I belly crawled to within 135 yards of his hidey-hole and waited. Five hours later he almost gave me the slip as he tried to creep out a backdoor exit. Fortunately I was awake and not napping to take advantage of his exit.

The buck gave me a broadside opportunity at 225 yards and my Nikon topped TC Pro Hunter in .300 Winchester magnum teamed with Hornady Superformance ammunition put this buck in my scrapbook and freezer.

Here are two things I learned on this hunt. First, be patient. I waited for five hours for a sure shot on this buck instead of busting in and hoping for a good running shot. Second, I hunted all day despite the heat. This buck hid in a shady hole near water. He was smart, but through patience I was able to beat his university lifetime degree in evasiveness. My quick, barn score on this buck tallied a score of more than 155 points. I’m pretty proud as the photo shows.

I hope you’re having good luck as well.