Like thousands of his constituents, Missouri Governor Jay Nixon took to the deer woods on Saturday for opening day of... 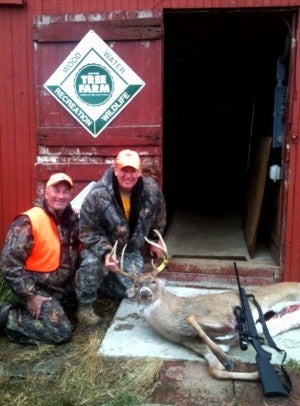 Like thousands of his constituents, Missouri Governor Jay Nixon took to the deer woods on Saturday for opening day of deer season–and shot a buck!

Nixon took the eight-pointer while hunting in Clark County in northeastern Missouri which allowed him to participate in the Share the Harvest program that he’s touted since taken office. Nixon’s whitetail was processed in Kahoka, Missouri and will be distributed to food banks for the needy.

“Share the Harvest is an important part of Missouri’s legacy of sportsmanship and conservation, and it’s also a wonderful way for hunters to help provide for those in need,” Nixon said in the press release. “I’m proud to be a part of the Share the Harvest tradition once again this year.”

The governor’s office said that as of February, hunters had donated more than 2 million pounds of venison through Share the Harvest. The program will be able to process up to 10,000 deer this season.