Monsters of the Rut: Iowa Bruiser

For most hardcore antler addicts, the whitetail rut automatically triggers vivid images of thick-necked monsters with top-heavy racks and bad... 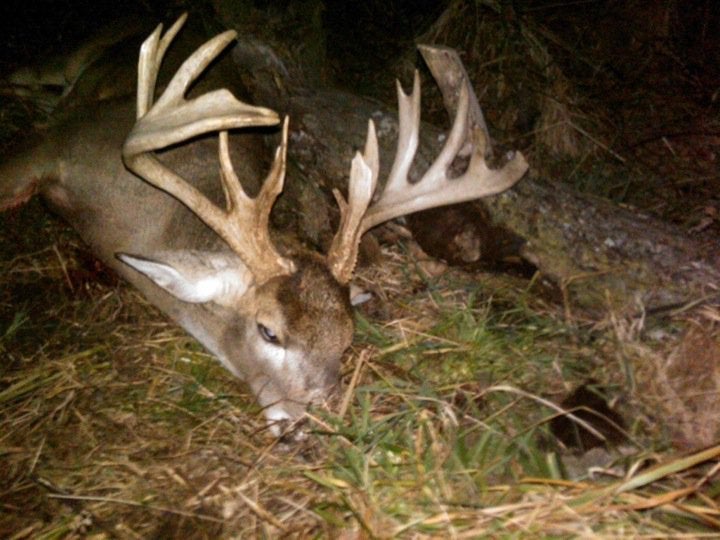 Let’s face it; some of the biggest and meanest bucks are tagged by hunters during this unique and often chaotic period. Over the past few weeks, hunters have been bombarding my email with both action-packed hunting stories and pictures of rut-crazed giants that have already bitten the dust.

With that being said, check out our “Monsters of the Rut” series, which highlights some of the best bucks that have been taken by BBZ fans across the country. We will start with a super massive bruiser that recently crossed paths with Spook Spann during an Iowa bow hunt. Here’s how the action unfolded:

When it comes to knocking down jaw-dropping bucks, it’s really tough to beat bow hunting guru Spook Spann. This guy has built a reputation as a giant killer and he has collected enough whitetail bone throughout his hunting career to completely fill a trophy room from top to bottom. Just a few days ago, Spann found himself overlooking a newly picked cornfield right in the middle of the Iowa rut.

The entire area was covered up with hot scrapes and fresh rubs on large-bodied trees. Spann knew there was a good chance of encountering at least one of the lovesick bullies that had been frequently patrolling this ideal location. It was obvious the rut was kicking into full-swing and the big boys were definitely on the move.

After settling into the stand, Spann and his cameraman spotted a group of slick-headed does filtering into the corn field. Immediately, the hunter began scanning the field edge in hopes of spotting a hormonal buck in hot pursuit of the ladies. However, he was absolutely blown away by what entered the field next. It was a massive-racked bruiser that appeared to be wearing a gnarly tree-stump for a hat. As luck would have it, the buck started pushing the does right toward Spann’s setup.

In a matter of seconds, one of the heaviest horned whitetails Spann had ever seen was standing within 30 yards and just begging to be shot.

Quickly, Spann found his anchor point and let an arrow fly toward the buck’s super-sized kill zone. The buck reacted to the fatal impact by frantically jumping and running back into the brush. A brightly colored blood trail led Spann to nearly 200 inches of massive Iowa antler.

You will be able to watch this hunt on Spann’s new television show “Spook Nation” next fall. Congratulations Spook on another phenomenal buck and good luck finding some room on your wall to hang that beast!