South Dakota has a reputation for being lousy with ringnecks, but hidden within the large grasslands and wetlands are some... 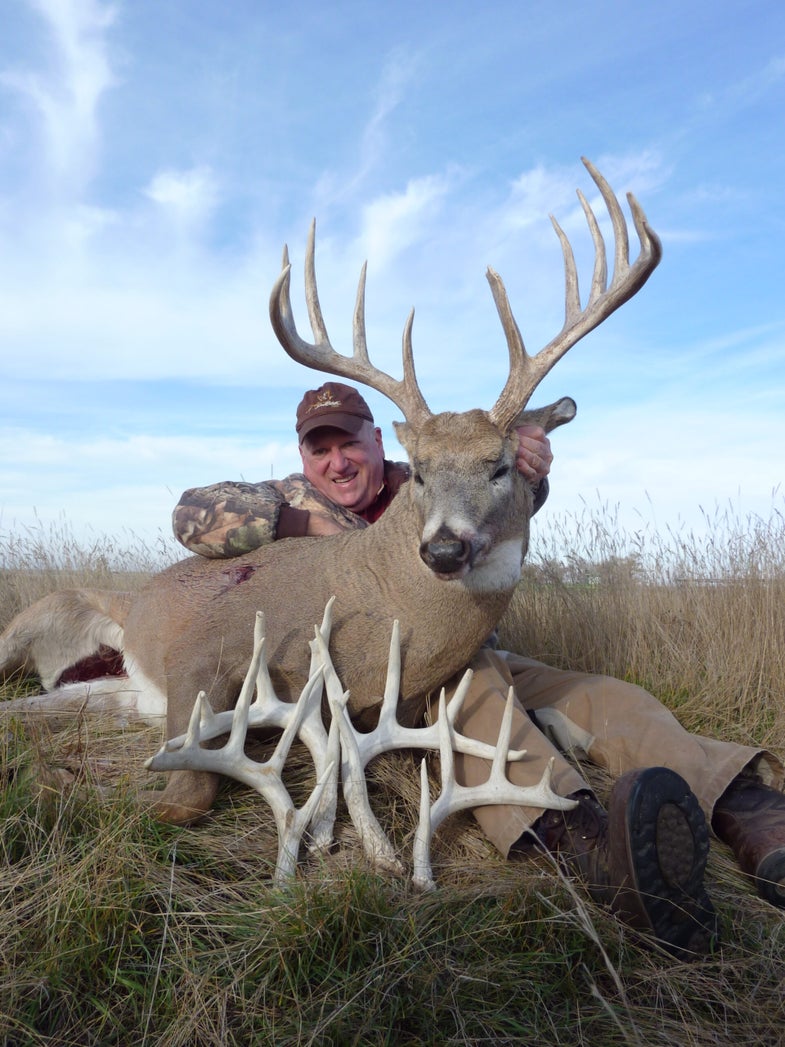 South Dakota has a reputation for being lousy with ringnecks, but hidden within the large grasslands and wetlands are some smoking big bucks. My good friend, Cody Warne, who manages Warne Ranches (www.warneranches.com), is not a strange name to this site. Every year he sends me photos of big grassland bucks his clients shoot on his property that is managed for both fur and fowl.

I was bowhunting with Warne in November and was onsite when his first big buck fell to during the archery season. Lucky hunter Ed Leo from Pennsylvania booked a pheasant hunt with Warne, but also purchased an archery tag for additional hunting opportunities.

It was during a pheasant hunt that Warne spotted a giant buck hiding out in the grass with a hot doe. After filling out the pheasant group Warne and Leo donned archery gear and stalked to within 40 yards of the bedded buck. The doe had left, but the mature buck felt staying put was the best answer to survival. Eventually at sunset the buck stood and Leo took the shot. It was true and Leo added a 173-inch 5×6 buck to his cache of pheasants. Warne had sheds from when the buck was 2 1/2 (1 shed), 3 1/2 (1 shed) and 4 1/2 (matching).

A week ago Warne was guiding South Dakota hunter Micah Mauney with his eye on another big 5×5 whitetail Warne had watched throughout the fall. Early in the hunt Warne spied the buck at sunrise milling with about 10 does in a picked cornfield. The buck soon bedded among the security system of does and Warne and Mauney started the long crawl for a shot. As they eased into position some does got edgy and made the buck stand for Mauney to take the shot. The heavy-beamed buck gross scored at 176 with a possible net score close enough to make Boone and Crockett.

The season isn’t over yet for Warne’s hunters and I’ll have more to share with you soon, including my own archery adventure that took place in a towering field of sunflowers.