Monsters of the Rut: The Hold-Out Buck

This week’s edition of Monsters of the Rut features a story about a teenage girl’s three-year long quest to tag... 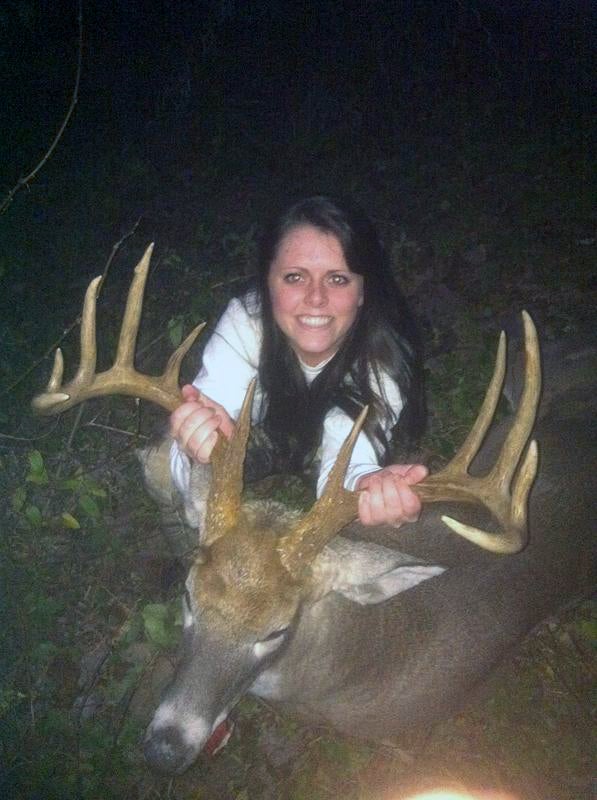 This week’s edition of Monsters of the Rut features a story about a teenage girl’s three-year long quest to tag her first buck. Meagan McCullah grew up watching her father chase whitetails with a passion across the rugged mountain country of southeastern Kentucky. Before long, she began to develop a genuine interest in hunting and the outdoors.

She was also very curious about the unexplainable antler addiction that most of her family and guy friends at school suffered from during fall. Eventually, she decided to hit the woods and give deer hunting a try, which made her father very happy.

However, McCullah also decided to start her hunting career with some pretty high standards and personal goals. In fact, she wanted to be selective and hold-out for a really nice buck when punching that first deer tag. The young hunter soon realized that harvesting a quality buck was no easy task. She hunted extremely hard for three straight seasons, but her top-heavy trophy always seemed to stay just out of reach. During this time, McCullah stuck to her guns and patiently allowed numerous does and smaller basket-racked bucks to walk. She spent countless hours in the field with her father scouting, hanging trail-cameras, and setting up ground blinds.

Finally, all of McCullah’s hard work looked like it was going to pay off when a wide-racked buck showed up on a trail-cam photo near one of her favorite hunting areas.

But McCullah’s father was unable to make it home from work in time for an evening hunt during the first week of the Kentucky gun season. Without hesitation, McCullah fired up her 4-wheeler and headed straight for the ground blind that was located a short drive from her home. She quietly crawled into the back of the blind and unzipped the shooting windows. Immediately, she spotted several does that were already feeding along the outer edge of the field. Upon taking a closer look, McCullah spotted a shooter buck just behind the does that would test the nerves of even a veteran hunter.

All of a sudden, the does began working their way toward her blind and she started to feel the tension and excitement of the hunt. At this point, she began to realize why everyone around her was so addicted to deer hunting. Unfortunately, the buck turned away from the does and disappeared into the thick cover that bordered the field before presenting a good shot. McCullah could not believe what had just unfolded and it appeared her hunt was over.
About that time, the buck marched straight back into the food plot about 160 yards away from her blind.

Without hesitation, she shouldered her .243 rifle and settled the crosshairs right on the buck’s sweet-spot. An echoing BOOM sent the bruiser on a death run across the field. McCullah’s three-year long quest had finally ended with a monster buck and a very proud father. Way to hang in there girl and congratulations on a phenomenal hunt!