The Wide One Falls

It’s not often when you can say you have a personal connection to a buck photo sent via E-mail. I... 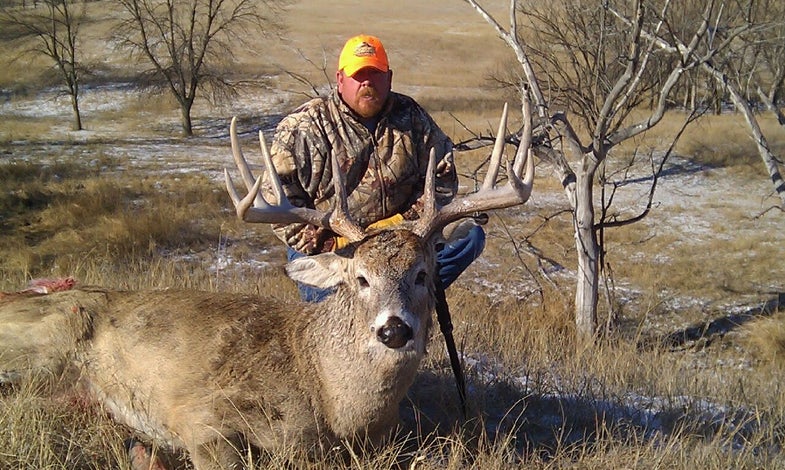 It’s not often when you can say you have a personal connection to a buck photo sent via E-mail. I have one with this buck.

Actually my friend Dave Tatum, TNT Outfitters (www.huntingwithdave.com), sent me this photo of a massive deer he shot after I was hunting with him just prior to Thanksgiving in South Dakota. At the start of our hunt Dave said he had spotted a brute and took us into the buck’s homeland for a view.

We spotted the buck right away and actually filmed him from a distance. I knew right away he was a true monster with his wide frame and heavy mass measurements. That same morning I came close to getting a shot at the buck, but it was running and I felt that he was going to stop for a better shot. He didn’t and that was the last time I saw him during my hunt.

After Dave finished guiding hunters he went in search of the buck. He had heard a rumor of the wide one being wounded and possibly dead, but he kept on snooping in old hideouts for the big boy.

On Thanksgiving morning Dave stumbled onto the buck and after a couple of close encounters, he finally was offered a solid shot on the buck to put him down for good. The final measurement on the rack was 23 ½ inches for an inside spread and a gross score less than an inch shy of 170 points.

He’s a true whopper and although I didn’t get him, I sure enjoyed the hunt and the opportunity to see the wide one standing on the horizon.