All The Right Moves

Currently, many teenage boys are all about high-tech video games, texting on their cell phones, chatting on social networks like... 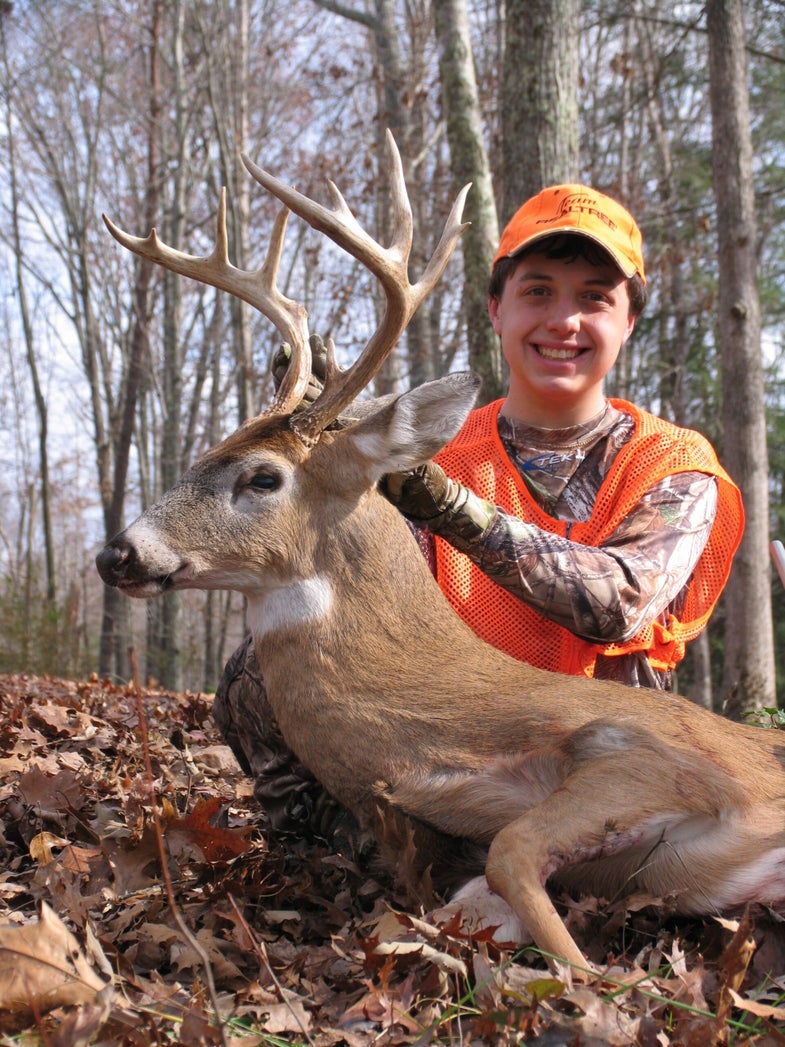 Currently, many teenage boys are all about high-tech video games, texting on their cell phones, chatting on social networks like Facebook, and chasing girls. As a father of a young teenager, I am lucky in the sense that my son is focused more on fast shooting bows, hard shooting rifles, strutting longbeards and top-heavy bucks.

It’s been tough to keep him away from those tanned legged girls, but I can handle that addiction much better than all of the other distractions that are out there.

This past season, my son James hunted harder than any grown man that I’ve ever hit the woods with and that’s the truth. More importantly, he made all the right moves during his intense pre-season scouting efforts and demonstrated a lot of perseverance and grit in the field. All of his hard work produced two punched tags and one really nice high-racked buck from an all-day hunt.

During the hot summer months, James and I spent countless hours in the woods hanging trail-cameras, glassing food sources, meticulously positioning treestands, clearing shooting lanes, and cutting trails. As some of you on the BBZ already know, he dropped the hammer on two super bucks last season and smoked 118 squirrels with his .22 rifle. However, his primary goal this past year was to take his first buck with a bow. Throughout the course of the early archery season, James encountered several decent-racked whitetails with his bow, but he decided to hang on to his one Kentucky buck tag.

By the time gun season rolled around, James had constructed several mock scrapes and setup numerous trail-cameras near one of our favorite hunting areas. Finally, he was able to piece together a solid pattern on a shooter buck with a lot of character. Unfortunately, this particular deer only gave James one short glimpse during the first few days of season, but thick cover prevented any good shot opportunity.

On his own, James strategically switched gears and picked a new setup that would hopefully stack the cards back in his favor. The last days of the gun season were rapidly approaching and something needed to happen in a hurry.

As luck would have it, the weather was calling for unseasonably warm weather and high winds during the final weekend. James and I hunted hard that Saturday, but the deer were simply locked down and holding tight to their bedding areas. During the mid-day hours, the rest of our hunting party was calling it quits and heading for the house. James decided to pull another demanding all day hunt and his decision generated the shot opportunity he had been waiting on all season long.

Around 2:00 p.m., the buck from the trail cam showed up and began working the mock scrape James had made earlier. Changing wind directions forced my son to change setups once again, which placed the shooter just under the length of two football fields. Without hesitation, he quickly ranged the buck at 170 yards and steadied his shooting sticks.

One deep breath and a gentle squeeze of the trigger knocked the 12-pointer into the dirt. Months of preparation coupled with careful planning and the ability to switch strategies finally paid off with another wall-hanger buck for James.

Needless to say, I am very proud of you son and I’ve really enjoyed spending time in the woods with you this season. Way to hang in there!