A few years ago, Frank Brown encountered a very special buck that made it very difficult for the hunter to... 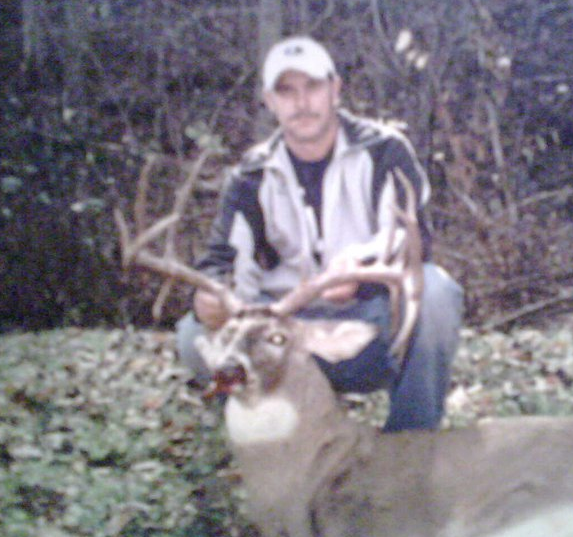 A few years ago, Frank Brown encountered a very special buck that made it very difficult for the hunter to even look at another whitetail. In fact, it only took him one quick glance to decide that this was definitely the deer he wanted to tag. His decision to hold out for one whitetail ultimately led to several seasons with no bucks in the freezer or on the wall. However, Brown was confident that all of his persistence and patience would eventually produce at least one shot opportunity with this remarkable buck.

When rifle season rolled around, Brown found himself hunting one of the old bruiser’s core areas that was completely covered up with a lot of hot sign. Unfortunately, the deer went into stealth mode and managed to stay out of sight. Finally, Brown’s luck changed just before time ran out during the last weekend of the season. The anxious hunter climbed into his stand early on Sunday morning and hoped the big buck would show up. A few minutes after daylight, Brown heard some movement in the dry leaves directly above his position on the steep mountainside. Quickly, he scanned the entire area for any movement within the thick entanglement of cover that blanketed the bench.

At that moment, the heavy-racked buck stepped out of the shadows and began walking toward one of Brown’s open shooting lanes. Without hesitation, he positioned his rifle on the stand’s shooting arm, but a slight squeak suddenly alarmed the buck. At 80 yards, the wary whitetail turned and started walking back up the hill. Brown could not believe what had just happened and it looked like the buck was going to survive another year. There was one last opening ahead of the giant, which would give Brown the chance he needed to close the deal. At the crack of his rifle, the wide-racked 14-pointer dropped to the ground and ended a five-year pursuit. Brown’s amazing buck had over a 24-inch inside spread and a total of four separate drop tines. Way to hang in there Frank and make something happen! Congratulations on a phenomenal buck.