Brandon Beitelspacher took this magnificent buck back in October and the deer is now the pending South Dakota state record.... 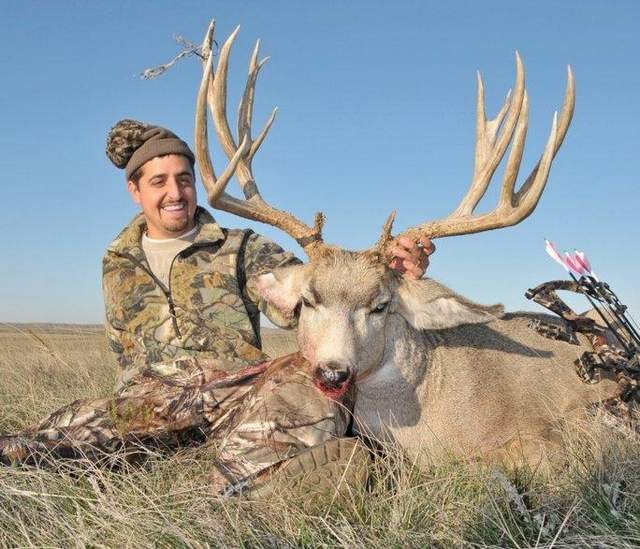 Brandon Beitelspacher took this magnificent buck back in October and the deer is now the pending South Dakota state record.

According to the Argus Leader, Brandon was bow hunting with his brother in Walworth County. After an unproductive morning the two brothers decided to head back home and glass along the way.

Soon Brandon spotted a group of does and this huge buck bedded on a hillside. They made a short stalk trying to get close enough for a shot.

“I couldn’t tell this at the time, but I had actually seen this buck three times before and knew that he was big,” Brandon told the Argus Leader. “And even at 50 yards, I looked through my binoculars, and I could not tell exactly what he was because he was standing in brush that was just that thick.”

When he got close enough Brandon grunted and the buck came out of the brush to give him an open shot. He managed to keep himself from staring at the deer’s antlers and made a perfect hit.

The buck has an official net score of 203 5/8 and will likely become the archery state record mule deer.

“It is the deer of the lifetime,” Brandon told the newspaper. “It was unbelievably lucky. It was really a case of being in the right place at the right time.”

For the full story go to: Bowdle man shoots deer of a lifetime