Are Your Deer Dying?

Winter can take its toll on wildlife and this year has been especially hard on some species, and we’re coming... 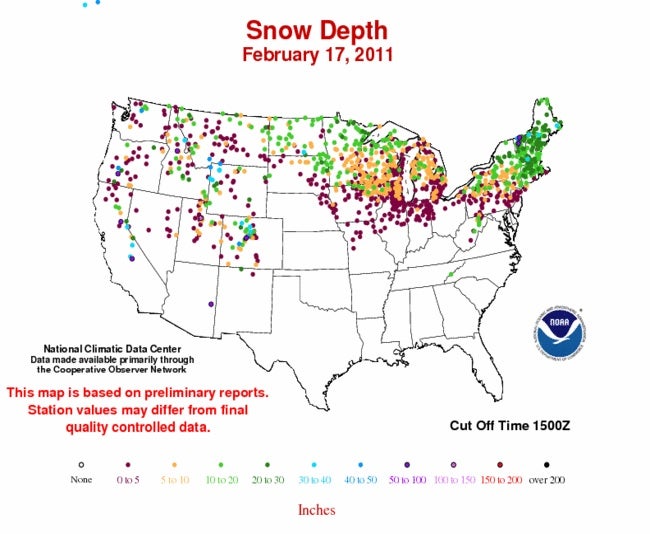 Winter can take its toll on wildlife and this year has been especially hard on some species, and we’re coming into the most critical time period with as much as 30 days remaining in some areas before melt off. I did some regional checkups on numerous states WSI(Winter Severity Index) and here are the results:

There are areas in most northern states that are worse than others as storm tracks have lessened or worsened the results sometimes within a 100 mile radius. Let’s explain what winter severity index criteria is. It is a point system that accumulates from Dec. 1 to April 1 every winter. For most states, you give the index one point for every day there is 18 inches of snow on the ground and one point for every day the temperature is below 0 Fahrenheit–maximum of 2 points each day. Some states like Minnesota start their index at 15 inches of snow. The standard is 0-50 points is mild, 51-79 moderate, 80-99 severe and 100 or more is very severe.

Before this weekend’s last storm, portions of 15 or more states were rated severe or very severe. Snow depth is more critical than temperature and with many areas already seeing record snowfall, it’s putting the hurt on whitetail deer. We’re not yet to the point of the ’96/’97 winter that decimated herds all over the north, but we (the deer) have an entire month left to go. Let’s hope for an early spring.