A Buck from Above

Recently, Kevin Schickel endured a personal tragedy that completely altered his day to day life. The passing of his mother... 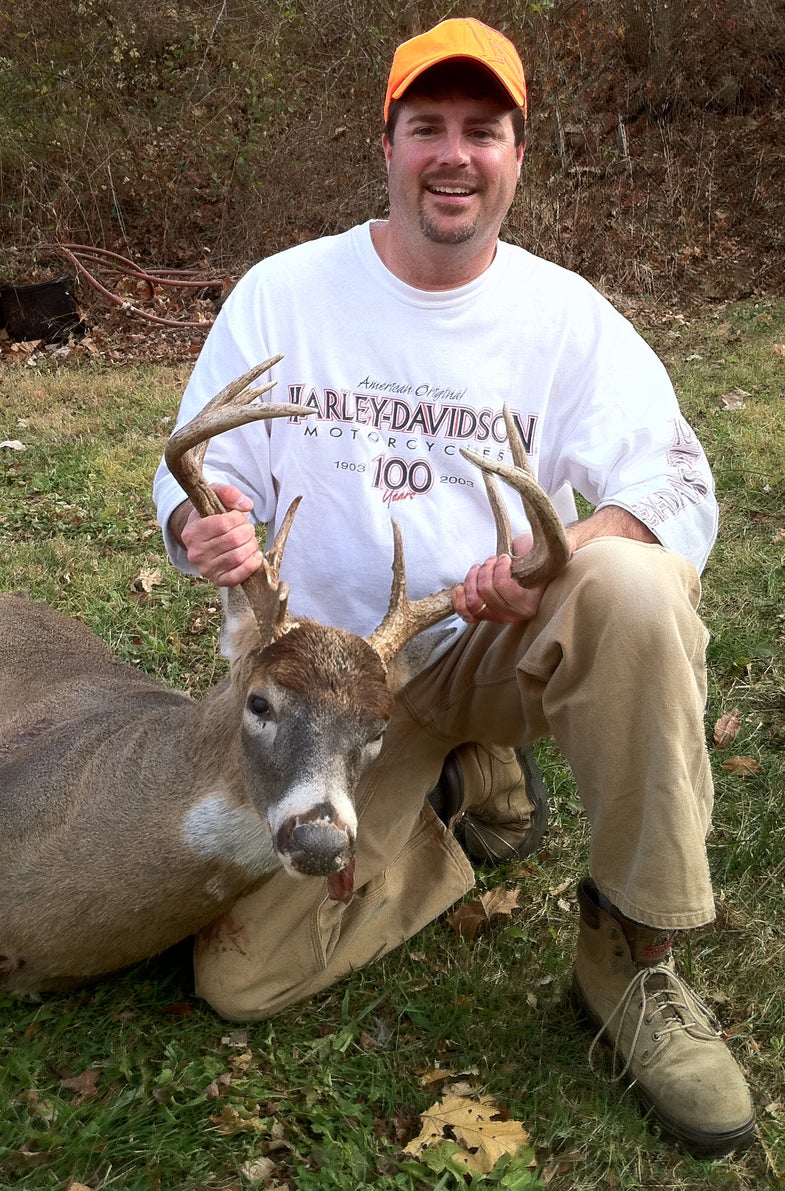 Recently, Kevin Schickel endured a personal tragedy that completely altered his day to day life. The passing of his mother had suddenly changed everything around him.

The hunter was trying desperately to cope with the loss of his mother, but nothing he did really helped ease the sorrow and pain. When deer season finally rolled around, Schickel began to feel somewhat normal again and he couldn’t wait to get back in the woods.

He hoped some quiet time in the outdoors might help put things back in perspective.

All it took was just a few minutes in the stand to momentarily erase all of the worries and troubles that had been controlling his mind. It’s amazing how the cool morning air, birds singing at daylight and squirrels shuffling through the dry leaves can completely rescue a hunter from the problems of the world. Without question, the splendor of God’s creation and nature was definitely what Schickel needed at this grim point in his life. As hunters, we all know there is nothing better than the woods to clear the mind and sooth the soul, especially during tough periods.

Shortly after climbing into the treestand, Schickel was startled by a slick-headed doe snorting and stomping directly behind him. He thought about dropping the hammer on the doe and filling his freezer, but there was really no good shot opportunity available.

Finally, the doe went silent and eased back into the shadows of the brushy cover. A few hours later, Schickel stood up to stretch his legs and spotted some movement to his right. The object was dark brown and walking at a steady pace toward him. Immediately, the hunter placed his crosshairs on what he thought was another doe, but a thick set of antlers filled up his scope.

A sea of emotion flooded his mind just before the moment of truth arrived. One last breath and a gentle squeeze of the trigger sent the heavy-racked buck on a violent run that ended in the dirt. When Schickel walked up to the largest whitetail he had ever shot, a strange feeling of comfort overcame him. He said it was almost like his mother and the good Lord above had played a hand in how the hunt unfolded.

At that very moment, the hunter knew deep down that everything was going to be alright.