A recent incident in Iowa perfectly illustrates the challenges surrounding urban deer hunting and shows how dumb mistakes made by... 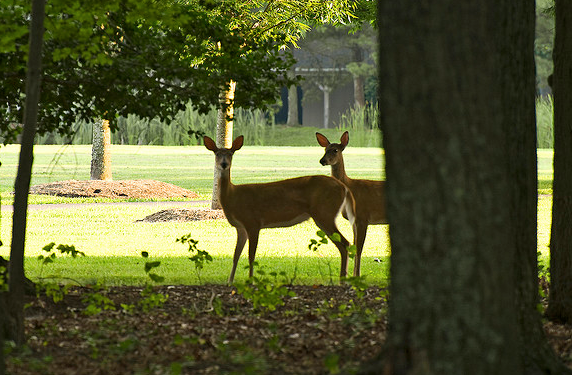 A recent incident in Iowa perfectly illustrates the challenges surrounding urban deer hunting and shows how dumb mistakes made by a few can make us all look bad.

According to the Quad-City Times, two men were bowhunting near a residential area of Bettendorf, Iowa and they wounded a deer that ran into a neighborhood. The men reportedly tracked the deer through resident, Sarah Hayden’s, yard without asking for permission before killing it on her neighbor’s property.

They then hauled the deer to a nearby creek where they field dressed it, leaving the entrails in the creek. The hunters also reportedly did not clean up the bright red blood trail that was splashed on Hayden’s snow-covered yard.

Hayden was upset by the situation and called the police who are now investigating. It’s unlikely that any criminal charges will be pressed, but it’s possible that the two men could lose their hunting privileges in the area. Even though it was not illegal for the hunters to track the deer through her yard, it wasn’t exactly polite to do so without asking. They also may have violated city ordinances by leaving a gut pile in the creek, according to the Quad-City Times.

The major problem is that now a segment of the public has a bad perception when it comes to hunters. To make things worse, the Quad-City Times ran a virtual hit piece on hunters after the incident.

The newspaper titled its story: “Bettendorf deer hunters leave bloody mess” which doesn’t leave the reader with a feeling that objective reporting is about to follow. The photo accompanying the story shows Hayden posing in front of the bloodtrail holding her 2-year-old daughter. Ironically, one of Hayden’s main complaints was that there are many little kids in the neighborhood and they should not be exposed to the bloody snow.

One has to ask just how newsworthy this story is in the first place. At the most two hunters violated a few city ordinances and will lose their hunting privileges in the area, and at the least one woman got upset because there was blood in her yard. If no ordinances were violated, this incident will be the equivalent of your neighbor raking his leaves into your yard … it’s disrespectful and annoying but not exactly a news story.

But it seems that the paper has accomplished its mission to make urban hunting look bad. When this blog was posted the news story had 42 comments with many of them being negative not only toward the hunters mentioned, but toward hunting in general.

And so the vicious cycle continues.

See the story from the Quad City Times here.