I knew Illinois was the home of giant whitetails, but I saw the evidence firsthand this past weekend while visiting... 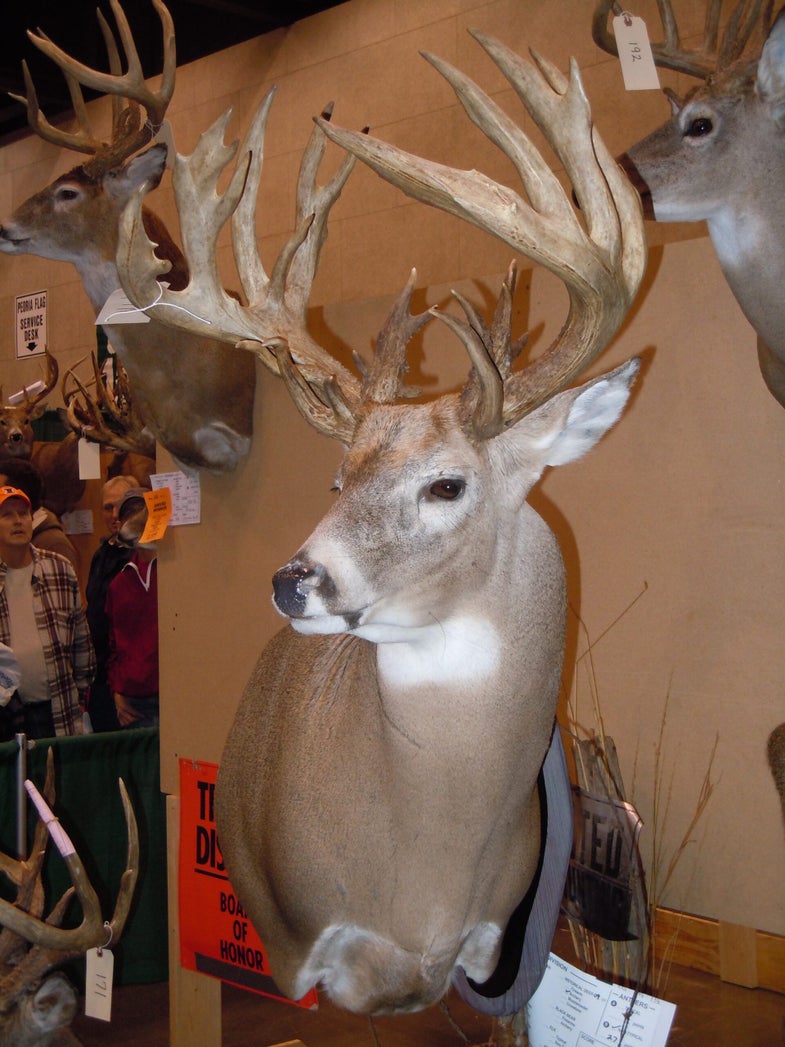 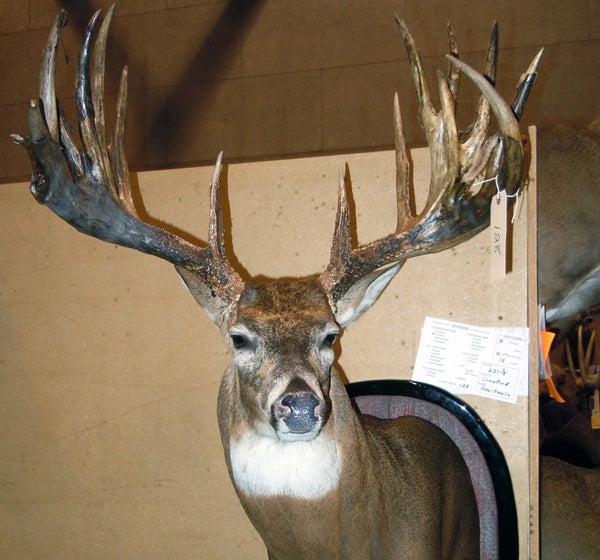 I knew Illinois was the home of giant whitetails, but I saw the evidence firsthand this past weekend while visiting the 2011 Illinois Deer and Turkey Classic. The highlight of the show is the Trophy Buck Contest and hunters from across the “Land of Lincoln” had a chance to show off their bucks from the 2010 season.

According to Boone and Crockett records Illinois is the new leader in entries for record-class bucks since 2000 with a considerable lead over Wisconsin and Iowa.

The 2011 Trophy Buck Contest results haven’t been posted yet on the show website, but here are a few giants I saw on display. Two non-typicals were show stoppers. The first eye-catching buck (pictured right) was taken with archery equipment in Moultrie County by Nathan Webster. It scores a whopping 238 5/8 points and has amazing mass throughout the whole rack.

The next big non-typical (pictured above) is also breathtaking and was also shot during archery season, but in Crawford County by Neal Newlin. This buck scores an incredible 237 3/8 points, but even though it is an inch away from the Webster buck in size, it’s towering tines and velvet layering give it a distinctly, stately appearance.

I somehow missed the hunter’s name on this giant typical (pictured right), but you can’t miss the wrap-around frame and exceptional mass. Taken during the 2010 Illinois muzzleloader season the 5×6 buck nets 183 6/8 points and hailed from Marshall County.

My favorite typical (pictured below) at the show was a late registrant. It was actually taken in 2003 with archery equipment by bowhunter George Gilpin. What makes this buck so noteworthy is that it is a basic 4×4 frame that nets 173 3/8 points. The huge buck was taken in McHenry County.

If you want to see more photos and scores keep checking www.deerinfo.com. Updates from Michigan, Ohio, Illinois and Wisconsin Trophy Buck Contests are posted now or will be updated soon.