We’ve all heard stories about professional athletes that stick to silly superstitions like wearing a particular pair of lucky socks... 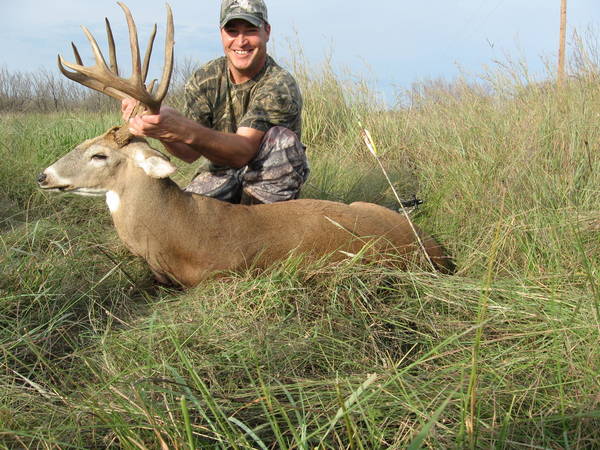 We’ve all heard stories about professional athletes that stick to silly superstitions like wearing a particular pair of lucky socks or an old worn-out sweatband during important games. Some of these guys even religiously follow unusual game-day routines before taking the floor or field.

In the end, does any of this really make a difference in how they perform? Maybe it’s just a mental thing that provides a little extra boost of confidence or added security during highly pressured situations.

On the other hand, there have been many championship titles won by those who believe in the power of good luck charms and following superstitions. How about deer hunting? Can wearing your grandfather’s favorite orange vest or lucky wool gloves increase your chances of tagging a wall-hanger? Before last fall, Texas native Mike Thompson would have probably laughed at such a suggestion. However, a Mossy Oak hat with pink trim has completely changed Thompson’s opinion about the legitimacy of packing good luck charms into the deer woods.

For the past few seasons, a thick-racked buck nicknamed “Ole Picket” had been toying with Thompson’s mind. The hunter had captured numerous trail-cam photos of the deer, but somehow this master escape artist always seemed to disappear at just the right time. Needless to say, Thompson was becoming increasingly frustrated by this torturous hide-n-seek game. At this point, his daughter stepped in and gave him a gift that she believed would help break the reoccurring streak of bad luck. Out of a father’s kindness, Thompson agreed to wear his daughter’s Mossy Oak hat with pink trim for the remainder of season.

As you can imagine, this gift was a source of ridicule among Thompson’s friends, but he wore the hat anyway and hoped for the best. Unfortunately, the pretty pink hat didn’t keep a slick-headed doe and her fawn from busting him during an evening hunt. After catching his wind, the two does began blowing and making all kinds of racket that would surely run every buck out of the country. At that moment, the good luck charm must have started working, because the giant Thompson had been waiting on suddenly showed up and began working its way toward a cleared shooting lane.

Without hesitation, Thompson quickly came to full draw and waited for the shot. However, the buck spooked and zigzagged its way through the dense underbrush away from the hunter’s stand. Thompson’s stomach dropped and it appeared the hunt was over once again. The hat must have started working its magic once more, because “Ole Picket” circled back around and stopped in the exact same shooting lane. This time Thompson let an arrow fly that would forever change his opinion of good luck charms and the color pink. It would be interesting to know how many other guys on the BBZ would be willing to throw on some pink in order to smoke a mid-150 class bruiser. Be sure to post a comment and let us know.