It wasn’t as cute as Disney’s Bambi, but the light bulb in my head lit (albeit dimly) at a sports... 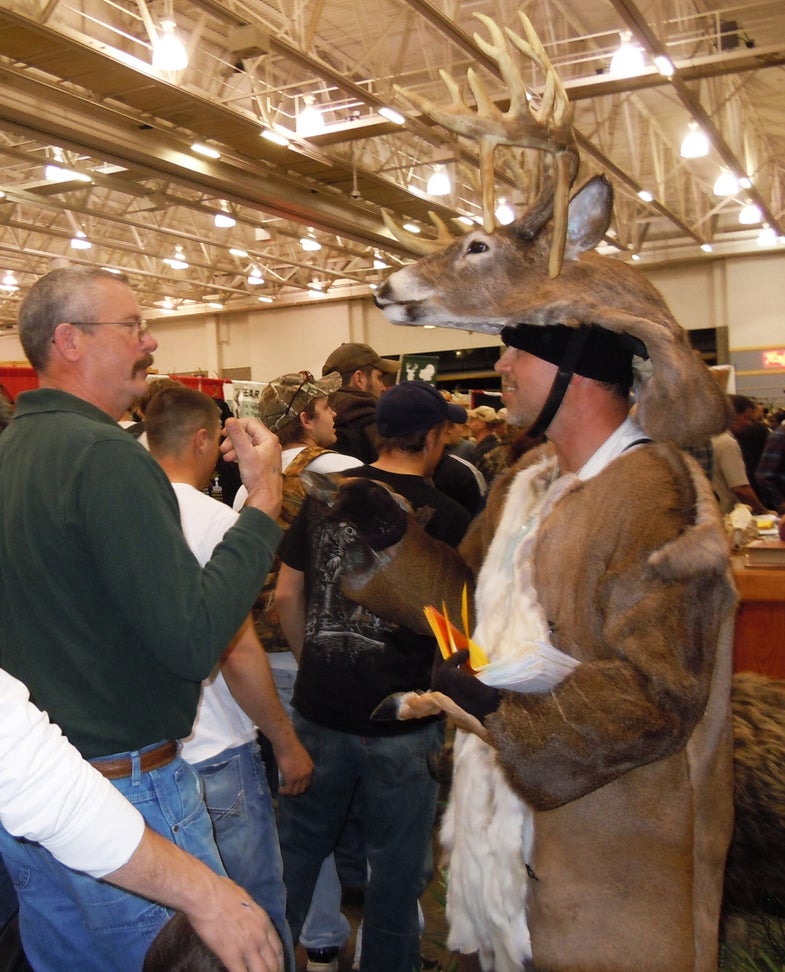 It wasn’t as cute as Disney’s Bambi, but the light bulb in my head lit (albeit dimly) at a sports show this winter when I came across a man decked out in an authentic whitetail buck costume. The gentleman was using it to hawk product, but the gears in my head were smoking at the decoying possibilities I could have with this guy stomping around like a rutting buck beneath my stand.

The buck guy was promoting Midwest Cimmarron Archery, Superior Game Ranch and low and behold, an authentic doe decoy. The decoy is called Doe-Coy and is basically a real hide mounted on a lightweight form. I know how well my Hazel Creek mounted turkey decoy works and I imagine this could work just as well.

I admit I’m a sucker when it comes to odd, unique and inventive ideas for whitetail hunting. I was one of the first to jump on the calling, scent and decoy bandwagon in my circle of hunting pals. In fact I was so broke I couldn’t even afford a deer call back then and used my voice to mimic grunts and bleats.

Last fall I arrowed a plump buck living amongst standing sunflowers and used calls to lure him in and a decoy to finish the deal. My shot was 15 yards and the buck had no clue what hit him.

I wonder how much it would cost me to get the guy in the deer suit to prance around a doe decoy while posturing and sniffing. I’m going out on a limb here, but I assume that type of job requires hazard pay during hunting season.

Hey, you can’t blame a guy for brainstorming, can you?