Do You Want Antler Restrictions In Your Deer Woods?

Recently, several sporting groups and organizations in New York showed their support of a restriction on hunting yearling bucks within... 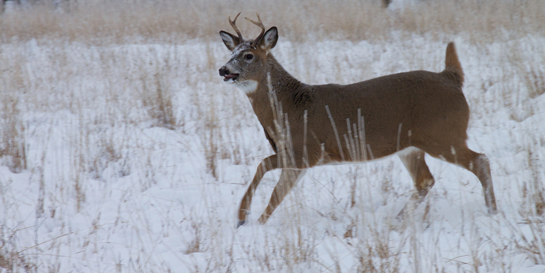 Recently, several sporting groups and organizations in New York showed their support of a restriction on hunting yearling bucks within some of the state’s southern counties. Local hunters who are backing the Department of Environmental Conservation’s proposal strongly believe that this type of deer management will ultimately generate healthier deer herds and better hunting opportunities.

However, opponents of the plan feel that antler restrictions in general are simply unfair for hunters and too difficult to enforce. With that being said, let’s take a quick look at the pros and cons of the proposal and see how hunters on the BBZ feel about this controversial issue.

Antler-Restriction Pros
Under New York’s proposal, legal bucks are required to have at least three one-inch points on one side. This restriction is expected to protect at least 70 percent of the younger bucks from being shot, which should create a balanced sex ratio and allow more antlered deer to reach maturity. According to David Harman, the president of the New York State Whitetail Management Coalition, hunters in Ulster and Sullivan counties have harvested the biggest bucks since the late 1920’s in these antler-restricted areas.

The restrictions have been in place under a pilot program since 2005. Advocates of management plans like these also feel that antler-restriction harvest laws create healthier and stronger deer herds while increasing the chances of hunters tagging trophy-class bucks.

Antler-Restriction Cons
On the other side of the debate, hunters are concerned that state mandated antler restrictions are much too difficult to enforce and simply unhealthy for the sport of hunting in general. These hunters feel that the size of a buck’s rack has become far too important in recent years. In addition, they believe that such regulations and restrictions are unfair for those who have limited time to spend in the field each season. Many opponents also believe that these harvest limitations can potentially have a negative impact on young hunters who are eager to punch that first tag. In short, these hunters stress that antler-restrictions can be the difference between harvesting a deer and going home empty-handed.

On that note, how do all of you stand on the issue of states implementing antler restrictions like the ones being proposed in New York? Do you feel that stricter harvest regulations like these are needed in your own state? If you hunt in an area with antler restrictions, do you think they work? Be sure to post your comment below.