Sometimes hunters just seem to be their own worst enemies. They get all wrapped up in their own special interests... 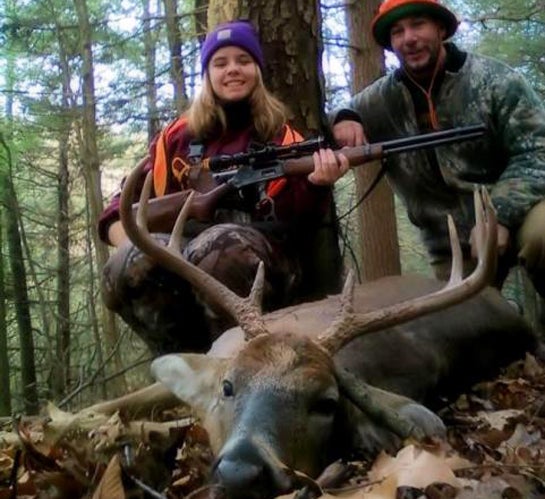 Sometimes hunters just seem to be their own worst enemies. They get all wrapped up in their own special interests and forget to keep the big picture in mind. Case in point: a group called the New York Bowhunters, Inc., is opposing a new youth hunting season proposed by NY’s Department of Environmental Conservation as part of its new 5-year management plan.

The DEC is recommending a special youth deer hunt (gun) for the 3-day Columbus Day weekend beginning in 2012. Kids 12-15 years old could open the firearms season early provided they are accompanied by a licensed adult mentor.

The minute I read the proposal I grabbed the phone, called my hunting buddies, and sounded the call. We were finally getting a deer hunt for our kids! I was absolutely giddy.

Imagine my shock when a few days later I got a “CRITICAL RED-ALERT” e-mail from the New York Bowhunters organization urging me to oppose the special hunt. It came with 3 pre-written letters of opposition ready to be dropped in the mail. I too could go on record opposing the hunt I was planning to take my granddaughter on some day.

What on earth are these guys doing torpedoing the special deer hunt for kids? Don’t they know this is part of a national movement to recruit more hunters and save hunting? Don’t they care? I couldn’t believe what I was reading.

Special youth hunts are now commonplace across the country. NY has been running special early season turkey hunts for a few years now and by all accounts they are huge successes. Now the kids will have a decent shot at taking the ultimate big game animal— the whitetail deer. What was up with the bowhunters?

I read through their claims, made a few calls, and here’s the skinny. Seems as though along with a special youth hunt, NY is also proposing to give bowhunters more time in the woods by moving the season opener from Oct. 15 to Oct. 1. The bowhunters pick up an additional 14 days of hunting. So far so good.

The rub comes because the proposed Columbus Day weekend youth hunt would land in the newly expanded bow season. Even though the Bowhunters could still bowhunt during the youth hunt, they aren’t all that keen on sharing the woods with the kids. They view shared seasons as “lost days.” (Note: a very limited-access special muzzleloader season is also being opposed by the group).

Their press release states that they have already given up enough of their hunting opportunities and it’s “not fair” to give up any more (even though they have just been given 14 more hunting days).Their policy is to oppose the use of “superior weapons” during “their” bowhunting season, regardless of who is using them and for what reason.

As the Bowhunters state in one of their mailings “When the deer drives begin and the guns go off deer will be heading into their hiding places………(this)…… results in a greatly diminished bowhunting experience as well as a decreased prospect of success in harvesting a deer.”

The Bowhunters pick up 14 days of hunting time and because they have to share a few days with the kids and a few muzzleloader hunters chasing does and they’re willing to take on the youth hunt? WOW!

Youth hunts, special licenses and lowered hunting ages are all a part of a nation-wide movement intended to reverse the disturbing trend of declining hunter numbers. Declining numbers that many believe could lead to the demise of hunting as we know it today.

More than 30 states have taken steps to make it feasible for younger hunters to take to the field with a parent or mentor. To date, about 500,000 young hunters have participated in special youth hunting opportunities. Organizers of these programs are almost giddy over their success.

The New York Bowhunters are not the only people opposing the hunt. Smelling blood in the water, the self appointed experts and charter members of a group I refer to as the “Hunters Against Hunting” (HAH) have reared their ugly heads again. HAH has no formal organizational structure or by-laws but its “members” tend to act as one when it comes to being self absorbed, narrow minded, and steadfastly opposed to change, especially change that will benefit hunters other than themselves.

As the acronym suggests, they are largely a joke, but they do go to public hearings and they do make noise. They usually start off complaining about the cost of a hunting license then move on to their grievance of the day. You know the type – they eat their young.

This time they have come up with all kinds of reasons to oppose the youth hunt. Here are some of my favorites, along with some rejoinders in case you run into any of these naysayers:

You can hear these kinds of statements at most any public deer meeting in any state. These “HAH” guys are everywhere and have been spewing this kind of stuff for years (ironically, much of it has been against the bowhunters they are now siding with).

But, they do have a right to their opinion and they are never shy about offering it up – especially when the topic is deer or deer hunting. As it stands now, The New York Bowhunters and some of the “HAH” “independents” are aligned in their opposition to the 3-day youth hunt.

Research indicates that a strong majority of NY’s hunters favor a special youth hunt, but state agencies don’t get paid to make waves and the opposition can get pretty loud with their ready-to-mail pre-written letters, the internet, and public hearings.

It’s hard to believe, but I’ve heard through the grape vine that the DEC is actually considering withdrawing the proposed youth hunt. I hope it’s not the case but you never know which way these things will go. You can weigh in on the proposed deer hunt at gw.dec.state.ny.us (today is the last day the DEC can consider public comments on the proposed hunt).

Not wishing to join the ranks of the “Hunters Against Hunting” (HAH), I have steadfastly resisted criticizing other hunters publicly in my 30 + years in the hunting industry. But this one is personal. I have a new granddaughter and I can’t just roll over and let these guys take this opportunity away from her. They need to be called out for putting their self interest ahead of the kids and the good of the whole. Next time one of these anti youth guys climbs up on their soapbox, lay a few facts on him and tell him to quit eating their (and our) young:

Fact–We are losing hunters faster than we are recruiting them

Fact–When hunter numbers go down, importance (read: power) goes down with them

Fact–Young hunters accompanied by mentors are among the safest hunters

And if that doesn’t work, you might consider telling him that he is on the same side of the special youth hunt issue as PETA and the Humane Society.

About the Author:** Craig Dougherty served as Chairman of the Quality Deer Management Association (QDMA) for 5 years, and still holds a position on the QDMA Board of Directors. He has worked in the hunting industry for more than 30 years, most of it as a senior executive at Golden Eagle and Bear Archery. Dougherty has also served as a Director at the National Bowhunter Education Foundation and the Archery Trade Association (ATA). He and his son Neil have authored numerous works on deer and deer hunting, including the best selling deer hunting and habitat development book Grow ‘Em Right.