Outfitter Trouble: When Things Go Wrong With Your Hunting Guide

My first big-game hunt of the year was scrapbook worthy. Cole and I both tagged pronghorns with our Mathews bows... 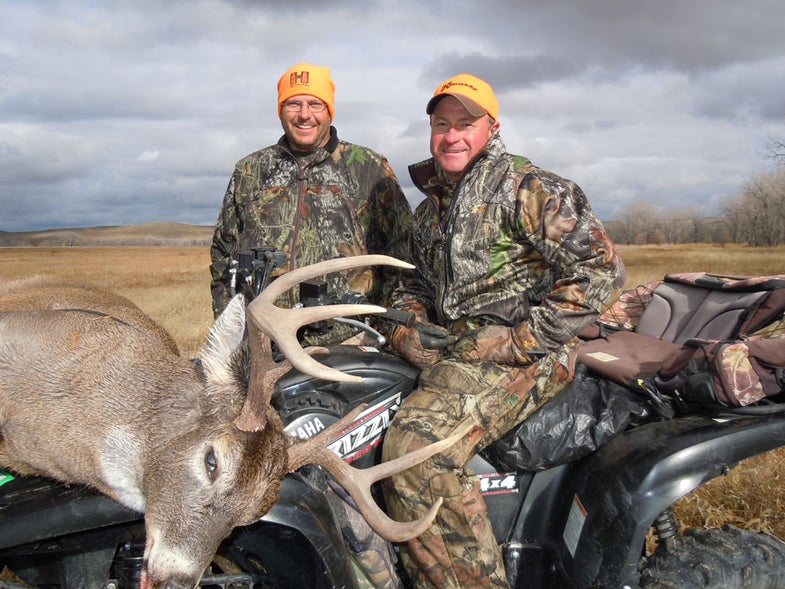 My first big-game hunt of the year was scrapbook worthy. Cole and I both tagged pronghorns with our Mathews bows and started the brick laying of white packages in the Kayser freezer. Some of my favorite hunts are do-it-yourself hunts like we undertook on public land in mid-August, but that’s not to say I don’t like hunting with outfitters. Unfortunately, it seems some of my odder tales arise from outfitted hunts and I assume it’s due to the clash of characters that make each of us individuals.

Here are some of my more interesting outfitter adventures.

One hunt out west was scripted for drive-by hunting by our guide. After driving around in an old jeep for the better part of the day my buddy and I suggested maybe the guide could drop us off and we’d hike for awhile. Based on his reaction, you would have thought we asked for his kidney. After a heated debate on our stalking abilities the guide jumped from the Jeep and prepared to show me some Western hospitality with the end of his fist.

After some fast, used-car-sales-talk we calmed the guide down and he allowed us to stretch our legs, but not without making the rest of the hunt miserable and awkward at best.

This next hunt started off poorly due to an attempt at humor that the outfitter’s son failed to understand. After arriving at camp late I asked the cook if a guide was available to take me to a whitetail stand for the afternoon. The cook pointed to a young man playing video games and said “he’s your guide.” I replied jokingly that hunting guides don’t play video games… with that the gloves came off.

I didn’t realize I had insulted the guide until he started dropping me off early and picking me up late in weather that ranged from 20 below to 10 above in the Saskatchewan bush. The guide never talked, never offered any insight and finally blew up when someone (I don’t think it was me) accidentally crushed one of his music CD’s. For the rest of the hunt I ate, slept and hunted without hardly saying a word. I ended up shooting a mature buck on the last day, but I didn’t celebrate. I packed up and left in record-setting time.

It seems every season I run into outfitters who have folders full of trail camera pictures. The night before the hunt they sit me down and proceed to force me to memorize what bucks I can shoot and those I need to ignore. At times like this I wish I had the president’s teleprompter in my stand to prompt me on what bucks are on the shoot list and what bucks are off limits.

One hunt I spied a big buck in standing corn and took off after him. I lost him when he bedded, but I eased up to where I had last seen him. Suddenly the buck jumped up in a nearby row and I took a running shot over the stunted corn. I connected and the buck was indeed a brute, but was it the right brute? I couldn’t tell and nervously waited for the outfitter to show up and either congratulate me or condemn me.

I breathed a sigh of relief when the outfitter was all smiles at the sight of the mature buck and we’ve remained friends since.

What’s the strangest or funniest run-in you’ve ever had with an outfitter? Comment below!