Tips on Bowhunting During the Firearm Season

If you’re like me you are always trying to get more hunting time in each season. I’m especially crave more... 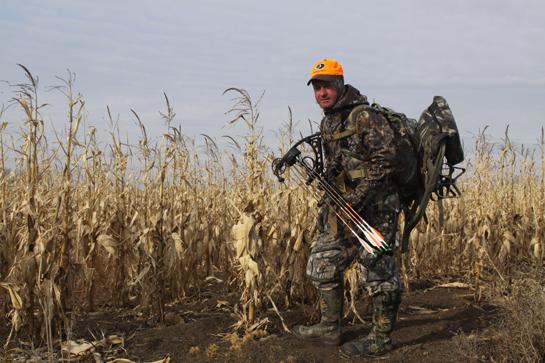 If you’re like me you are always trying to get more hunting time in each season. I’m especially crave more archery time because of the decreased success rate with primitive gear. It just takes more time. Here’s one option that many bowhunters overlook: hunt during the firearm season.

Check your state rules and regulations, but in most cases you’ll discover that states allow hunters to use bows during the general firearm season. Some states even allow you to use your archery tag on a buck while others require that you use the permit for the regulated season window. You’ll also need to follow all firearm rules such as the blaze orange requirement.

Nevertheless, you still get to hunt more with your bow.

So why would you immerse yourself in the chaos of the firearm season? For starters, you simply get to hunt more with the weapon of your choice. If you’re a purist or enjoy the challenge, it’s a way to get more time in. It’s one of the reasons I pick up a bow during firearm season.

Have you heard of the whitetail rut? Most firearm seasons overlap the rut giving you the opportunity to take advantage of testosterone-filled bucks.

Finally, it may be your only option. Some states still dole out whitetail tags with a lottery system or worse yet; don’t even allow nonresident firearm hunting. I enjoy hunting the eastern half of South Dakota where I grew up, but as a nonresident the opportunities to use a firearm are nearly zero. By using a bow I can still have an opportunity at the big bucks living in this agricultural zone.

I’ve taken several bucks during firearm season with my bow, and in all cases I switched tactics to cater to pressured animals. First, I hunt thicker cover where bucks dive into when the pressure is on. Field edges may work in unpressured areas, but that is seldom a reality during a firearm season. Next, beat the crowds in. If you expect others in your hunting area sneak to your stand an hour earlier so when the army invades they’ll push animals your way. Lastly, be safe. If you use calls or still-hunting methods be sure to wear extra orange. I’d skip the decoys unless you’re the only one with a key to the gate and you have an unwavering trust in your fellow man.

Bowhunting during the firearm season is a good way to add more time to your bowhunting schedule and still be successful. I’ve tried it and I like it, despite the orange outfit.