We all know the importance of wind and its role in deer movement and how and where to set up.... 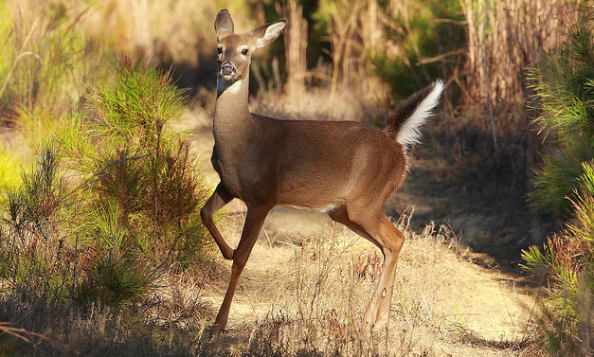 We all know the importance of wind and its role in deer movement and how and where to set up. Simple rules that we all apply are set up downwind or at least crosswind. But there’s a lot more to this game than trying to stay down wind of a big buck.

Let’s look at two wind change factors and their effects: direction and speed.

In the northern hemisphere our weather patterns travel from west to east with the exception of some coastal areas. In general, a westerly wind brings fair weather and high pressure and an easterly wind means an approaching front and a drop in barometric pressure or a low.

Knowing the sky cover, which we will discuss later, can help predict the timing and severity of what could happen above. We all know that wildlife tends to move before and after a weather system.

One thing to keep in mind: based on my studies, a rising barometer associated with a wind changing from an easterly to a westerly direction (clockwise) is the best time to hunt.

The stronger the wind speed, the quicker barometric pressure will rise and after it subsides is the time to be out.

After checking more than 100 Pope and Young records of 170+ bucks against weather conditions 8-12 hours before harvest, I found that a tremendous amount were taken after a wind of at least 30 mph had dropped to 10 mph.

So then what’s the best wind direction if we’ve got no change in direction or speed? This will depend on your hunting area, the bedding areas in conjunction to food sources, terrain, thermals, etc. But in general, a NW to NE wind will bring cooler temperatures and a higher barometer, both key factors in good deer movement.

The least desirable wind directions in my neck of the woods, southwest or south, bring above average temps and low barometric pressure.

There’s much more to wind and deer movement and I will elaborate on it further next week with the role cloud types play.

For up-to-date deer forecasts where you hunt, go to OL Weather.