Most hunter’s enter each season with a certain buck in mind. Maybe it’s an eight-pointer, or a big 10-pointer. A... 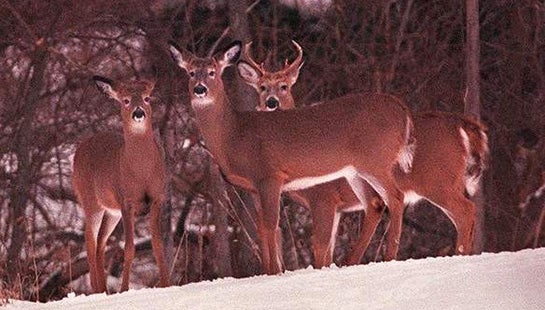 Most hunter’s enter each season with a certain buck in mind. Maybe it’s an eight-pointer, or a big 10-pointer. A little more rare are the non-typical bucks that have all sorts of additions to their antlers. And if the season opens early enough, there’s always a chance for a velvet buck.

Fourteen-year-old Tori Poloski may have found the best of both worlds when she set the crosshairs on this 22-point velvet buck during Michigan’s youth hunt. Tori was hunting with her father Stan on their 25-acre property in the Marion Township when she spotted the buck. When the buck stepped out at 60 yards, Tori knew she had to make the shot from her Rossi 12-gauge count.

One shot was all it took and soon Tori and her father Stan were standing beside the fallen buck, pouring over 22 points covered in velvet. The mainframe 10 pointer had an impressive 9 drop tines, long G2’s with a kicker off it’s right G2, a 14-inch inside spread, and a 17-inch outside spread. The buck also weighed more than 200 pounds.

Tori and her father had seen the buck previously, but only from a distance and never realized how big the deer actually was – let’s just say ground shrinkage was not an issue. Even with a buck like this, Tori has not lost the hunting bug. She plans on bowhunting this season and is hoping to take her first deer with a bow. Although the high school sophomore will be busy this fall with school, driver’s education and singing, Tori plans on making time to get out in the woods a few more times.

Hopefully Tori’s luck continues and she takes her first deer with the bow this fall. You can see the full story of her hunt in the Livingston Daily newspaper.

To find deer movement predictions and the weather forecast for where you hunt, go to OL Weather. __