The Crossbow War is Finally Over

I recently attended the annual Archery Trade Association (ATA) show in Columbus, Ohio and am pleased to report that the... 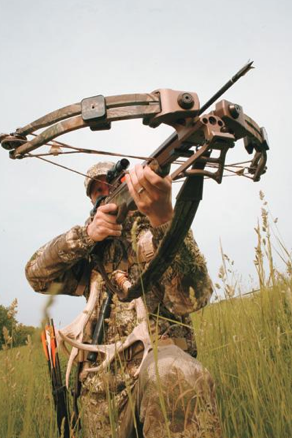 I recently attended the annual Archery Trade Association (ATA) show in Columbus, Ohio and am pleased to report that the 20-year (or more) war over whether or not crossbows should be legalized for hunting seems to be over.

Almost all of the major archery equipment manufacturers and industry observers attend ATA, the biggest and most important show of the year and I visited with most of them.

I made it a point to ask about one of my favorite topics: “the crossbow controversy.” Those in the know pretty much had the same response: “What controversy?” More and more states are legalizing crossbow hunting and business couldn’t be better. Music to my ears; another black eye for the hunting fraternity finally put to bed.

A History of Controversy
For certain, it has been a hard fought war. Crossbows have been a center of controversy in the bowhunting community for at least 50 years, maybe more. Opponents of the crossbow have waged a virtual equipment jihad against the crossbow since Ohio and Arkansas legalized them for use in the 1970s.

Opponents claimed they were unsafe, were more like guns than bows and would propagate poaching. They also claimed that crossbow use would lead to shorter bowhunting seasons (due to increased deer harvests) and too many hunters in the field during bow season. Also, they said it would encourage hunters to take unethical shots at long range. These were the more rational objections. I won’t get into the crazy ones (over the past 40 years or so I have heard some real beauties). I’ve also witnessed “crossbow throws” and offensive slurs aimed at crossbow hunters at some bowhunting gatherings. For a while there, things got pretty destructive.

Crossbow opponents gained traction in the 70’s and 80’s as very little data were available to counter their arguments. The physics of the crossbow were relatively easy to document, but for every technical report that found the crossbow performed pretty much like a compound (with light arrows) the anti-crossbow camp would release its own study reporting crossbows performed somewhere between a 1,000-yard sniper rifle and a scud missile. In other words, they behaved just like a bunch of Washington politicians inventing their own facts.

In the anti’s defense, we didn’t know all that much about what impact the crossbow would have on deer herds back then and we weren’t all that sure about how safe they were with bowhunters walking around in camouflage. In other words, the jury was still out on some of the issues surrounding crossbow use.

Facts Come to Light
But now we have plenty of historical data (and facts) to settle the matter once and for all.

For starters, states like Ohio and Arkansas (that have been using crossbows for some 40 years) report that use of the crossbow has not led to shorter bowhunting seasons, nor has it resulted in more accidents, or increased poaching or the end of bowhunting as we know it. In fact, there have been few if any negatives associated with crossbow use in any of the many states where they are widely used today.

The Upside of the XBow
There have actually been some positives. Crossbows are widely reported to be excellent recruitment tools. In other words they get new people (including small-frame shooters like kids and women) into bowhunting. They are a season extender for gun hunters who take up the crossbow. Many convert to vertical bows after a few seasons with the crossbow which is viewed as another positive. Crossbows also keep “mature” bowhunters like myself from being forced to retire from bowhunting as their upper bodies begin to fail. States which have legalized crossbow use for seniors generally see an uptick in bowhunting by seniors. In other words, crossbows reverse the trend among seniors to abandon bowhunting as they get older.

Not to mix business with pleasure but in today’s economy, jobs are pretty important. The folks at 10-Point, Barnett, Horton, Maximus and Excaliber are growing in leaps and bounds and that means jobs and paychecks and groceries on the table. The Sporting Goods Manufacturer’s Association reports about an 80% increase in nationwide crossbow sales since 2006. Last year, crossbows made up 25% of all bow sales. Almost 50 companies were listed under crossbows and crossbow accessories in this year’s show directory. This included almost a dozen manufacturers of crossbows.

Why the sudden growth in popularity? Well, states are finally opening their eyes to the opportunities presented by crossbow hunting. Traditionally states have allowed crossbow use for handicapped hunters but now state after state is expanding crossbow hunting opportunities. Studies show a majority of hunters are in favor of legalizing crossbows for hunting in most states. Crossbows are legal to use in all or part of the bowhunting season in 17 states. They are legal in 13 others during firearms season and 6 states allow seniors to use them. In fact, crossbows are legal to hunt with (in one way or another) in every state except Oregon.

Most observers of the crossbow wars predict a gradual movement toward more liberalized use of crossbows for hunting. As more and more states report positive results, the nay-sayers are gradually backing off their extreme positions.

This is one hunting controversy that has been put to rest, and the hunting community is all the better for it.