A month ago Dr. James Kroll (a.k.a. Dr Deer) and his team of whitetail experts released their long-awaited report on... 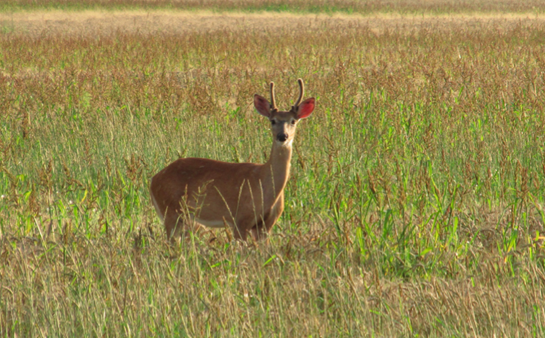 A month ago Dr. James Kroll (a.k.a. Dr Deer) and his team of whitetail experts released their long-awaited report on whitetail deer and deer hunting in the state of Wisconsin. The report was ordered up by Governor Scott Walker in keeping a campaign promise he made to the deer hunters of his state to “fix the deer hunting problem.” Like the shot heard round the world, the report has been circulating through the whitetail community and promises to change how deer are being managed in more places than Wisconsin.

At the core of any deer management program is the ability to estimate the size of the deer herd in a given state or specific area of a state. Wisconsin uses a population estimation model called the SAK (Sex-Age-Kill) method. Kroll and his team of experts pointed out shortcomings in the SAK approach and recommended that its use be limited. This is a really big deal for Wisconsin hunters who have been at odds with the Wisconsin Department of Natural Resources and it could be a really big deal for you too.

If you are in a big deer hunting state, the plight of Wisconsin’s deer hunters may be all too familiar as more than 20 other states are using the SAK management model as well. If your state is having trouble managing its deer herd, it may just be the result of relying on a more than 50-year-old population prediction model.

SAK was the brainchild of L.L. Eberhardt of the Michigan Department of Conservation who introduced the approach in the early 1960’s. The model allowed state agencies to predict next year’s deer population by looking at a number of predictive variables including last year’s buck harvest which historically had been comprised primarily of yearling (1.5 year old) bucks. Yearling buck harvest numbers and a handful of other variables (doe harvest, winter kill, etc.) were fed into a hopper and out came next fall’s population estimate; the assumption being that yearling buck take was indicative of the overall population of 1.5-year-old bucks in the herd.

Once the deer population estimate was in the bag, doe harvest guidelines could be set, tags issued (based on historical success rates) and the population could be increased, decreased, or kept the same.

Today, nationwide yearling buck harvest rates have plunged from almost 70 percent in 1989 to 38 percent in 2010. Some states are down in the teens. If you live in a state where young bucks are protected (voluntary or legislatively) the yearling buck take could be even lower. Are hunters going to revert to their old ways and start taking 100-pound spikes and fork horns again? Not a chance! This means any and all SAK models in use today are probably obsolete unless they have been adjusted to compensate for the changing trend toward protecting young bucks.

To make matters worse, the SAK model is best suited to estimate populations over large geographic areas like states. Rigid adherence to SAK can result in serious errors when estimating populations at smaller geographic levels like the county, or wildlife management unit (WMU) level.

If you and your hunting buddies have a feeling that things just may be a little off with your state’s deer management program, you may want to start asking a few questions about whether or not your state estimates deer populations through the SAK method. If it does, drill a little deeper and ask how they account for the changing pattern in yearling buck harvest rates (assuming you have one). And there are other important variables like winter kill, changes in year-to-year doe harvest rates and fawn predation. These are all fair questions and your agency should be able to provide solid answers.

And while you’re at it, spend some time with the Kroll report to better understand the nature and challenges of deer management and how you as a hunter can be part of the solution to the deer management dilemma. Good deer management occurs when agencies and hunters work together in pursuit of a common mission. So save your sharpshooting for the woods! As the Kroll report states: “deer management is part science and part art” which translates to “it ain’t all that easy and we need all the help we can get to get this thing right.”