The deer and deer hunter trends in Oregon are not looking good. Whether it’s mule deer (found east of the... 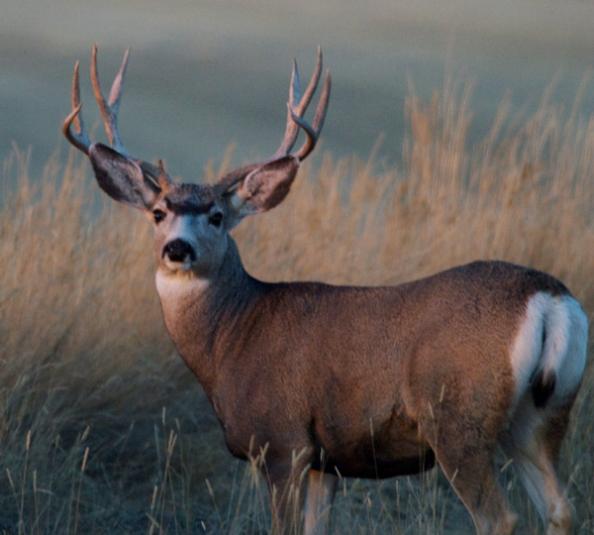 Mulies have less forage thanks to less logging, which means less sucessional growth, while some mule deer ranges have seen significant incursions by non-native plants. Mulies are preyed upon by growing populations of cougars and coyotes. And, Oregon state officials have documented a disturbing spike in mule deer poaching.

Oregon blacktail deer are doing better than the mulies, but are being hurt by deer hair loss syndrome (fawns are especially susceptible). Deer suffering with the syndrome can become emaciated and lethargic, and have diarrhea, which can lead to death. The good news is that in many parts of the central Pacific Coastal region, blacktails are showing fewer signs of the syndrome.

In northeastern deer units, blacktail numbers decrease the closer you get to the coast and increase the farther you move east. While parts of the southwestern region show slight declines in blacktail populations, deer numbers in both Coos and Douglas Counties are improving.

Both sub-species got some help for the recent winter, which was very mild. Still, Oregon Department of Fish and Wildlife estimated deer fawn production was down somewhat and adjusted available deer tags down slightly at just under one percent fewer tags than in 2011.

No drought here. Soils were moist to downright wet in spring and summer, and deer forage was in excellent shape.

Things are trending up for deer in the Northern Rockies, after horrendous winters starting in 2007-2008. A mild and generally snowless 2011-2012 winter helped Idaho mule deer and whitetail numbers begin to rebound–though it might take another year or two for that growth to be reflected in the harvest. Wyoming suffered from a decade-long drought, but the last two years have seen a return of the rains, and deer habitat is turning around. Montana’s deer have been hit hard by harsh winters and a major EHD outbreak last year, which took out thousands of trophy whitetails, especially along the Milk River corridor._
**
Top Trophy Zones**
AZ: Units 3C, 12A, 13A, 13B, and 24A.
CA: Humboldt, Mendocino, Siskiyou, and Trinity counties.
CO: Units 25 and 26.
ID: Benewah, Bonner, Boundary, and Kootenai counties.
MT: Fergus, Madison, Missoula, and Ravalli counties.
NM: Units 32 and 33 for mule deer; units 21, 22, 23, 24, and 27 for Coues.
OR: Clackamas, Grant, and Jackson counties.
WA: Chelan, Ferry, Lewis, Spokane, and Stevens counties.
WY: Bighorn, Crook, Lincoln, and Sheridan counties.