The 2012 deer season is just getting started and we’ve already received reports of two incredible non-typicals. Details are a... 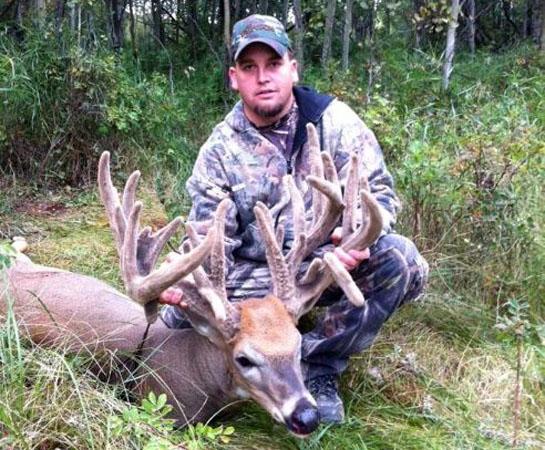 The 2012 deer season is just getting started and we’ve already received reports of two incredible non-typicals. Details are a bit sketchy, but we’ll report back as we receive more information.

The first might have shaken the ground in Saskatchewan. A local Saskatchewan hunter arrowed a velvet buck with tines sticking up in every direction on Sept. 4.

The giant whitetail is estimated to gross score 284 as a non-typical with an estimated net score of 264 – velvet-racked bucks are not considered for the record books. The archery season hasn’t even opened in many parts of the country, but this Canadian giant might be the biggest whitetail to fall during 2012.

The next early-season monster was taken in Wisconsin on Sept. 18 by Paul Keller. The buck had the body size to match its rack, weighing in at 215 pounds. It carried 27 points and a unofficial green score of 244 – 2/8 of an inch bigger than the current Wisconsin state record from 2009 that scored 243 6/8. Not much else is known about this deer, but we’ll be sure to update you as we find out more.