Matt Ford was bowhunting just north of Pike County, Illinois in Knox County earlier this month where he took this... 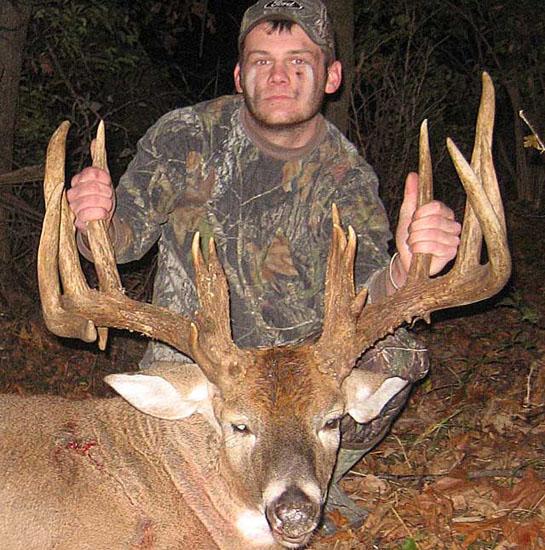 The 24-year old Ford and his stepfather Chance Ray were running late on November 4th and decided to hunt a closer spot that had served them well in previous seasons.

Ford climbed into his stand and was getting his gear organized when he heard the sounds of antlers against a tree. As he slowly turned, he spotted a once-in-a-lifetime buck just 60 yards away and closing.

As quickly as possible, Ford grabbed his bow and got ready while at the same time making sure to not make to much commotion and alert the buck. As the deer made his way toward a shooting lane, Ford estimated the buck to be 25 yards away and shot. He watched in horror as his arrow zipped right under the buck. The distance was ten yards farther than Ford had estimated.

The buck quickly moved closer to Ford’s position, clearly confused by the first shot and unaware of Ford’s presence. With another arrow nocked, Ford drew back on the buck for a second time and the arrow hit its mark.

But as the buck took off, Ford could see that the arrow didn’t penetrate very deep. He sat in the stand to give the buck time and began wondering if he’d ever find the deer. Two and half hours later, Ford got his answer as he walked up to the giant whitetail just 80 yards from his stand.