Just days before the Wisconsin gun deer season, photos of this buck (nicknamed Jeff) hit the Internet. This incredible, 21-point... 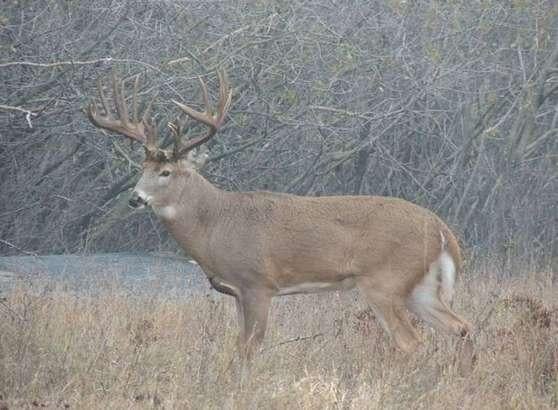 Just days before the Wisconsin gun deer season, photos of this buck (nicknamed Jeff) hit the Internet. This incredible, 21-point buck was photographed hanging out in Wausau, a town of 134,000 people.

Posters on Facebook and forums argued that the buck was a fraud or photoshopped, but Charles Burger, the man who took these photos and the Wausau Daily Herald stand by the legitimacy of the shots.

This from the Daily Herald: _”Rumors of the big buck in Rib Mountain just blocks from mega chain stores such as Wal-Mart persisted for years. Occasional sightings by people and images captured on trail cameras kept the story alive.

Michele Norrbom, 45, of Wausau lived in the buck’s Rib Mountain neighborhood for six years before moving last fall. She said the deer, which was given the name “Jeff,” hung out in empty wooded lots and backyards. Norrbom said “Jeff” was seen a year ago with an arrow in it, and some residents worried that the deer had died.”_

But obviously, Jeff is still alive and well. As a personal side note, Wausau is about 30 miles away from where I’ll be hunting in Wisconsin this weekend. Maybe I’ll have to make a run into town …