When it comes to letting the cat out of the bag on huge bucks, the Boone and Crockett Club typically... 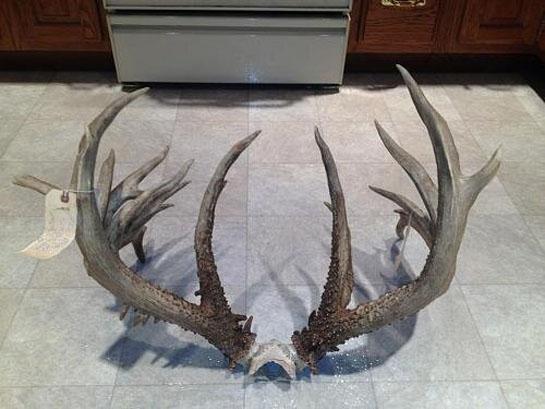 When it comes to letting the cat out of the bag on huge bucks, the Boone and Crockett Club typically plays it close to the vest. Often they caution journalists against jumping to conclusions on whether some new giant deer will even make it into the book, let alone find a way into the Top 10. Things have changed. Although the buck has yet to be panel scored, Boone and Crockett announced via Facebook that Tim Beck’s massive Indiana non-typical whitetail will go down as the second largest, hunter-killed non-typical in history–No. 4 of all-time. The only buck larger is Tony Lovstuen’s Iowa monster, which taped out at 307 5/8.

The statement reads:
“The scoring procedure has been reviewed and after tine classification was verified this deer scores an amazing 305 7/8. Three tines originally scored as normal were deemed abnormal. On this particular head it took away 2/8 in deductions but when the H4 circumference measurements were taken with the correct classification the circumferences dropped a few inches resulting in a lower net score than the original posted 308 5/8. The final tally on this deer is 222 4/8 gross typical frame 93 7/8 in abnormals, and the reason that this buck’s final score ranks it as the largest non-typical whitetail taken in the last decade and the second largest by a hunter taken in history is that it only has 10 4/8 of deductions left to right.”

Beck took the “crab” buck with a shotgun on Nov. 17, 2012 in Huntington Co, Ind. First unofficial reports stated that the deer grossed 319. Check out some of these photos.