A year ago, whitetails in most of the country were gorging on fresh greens. This year, they’re still digging to... 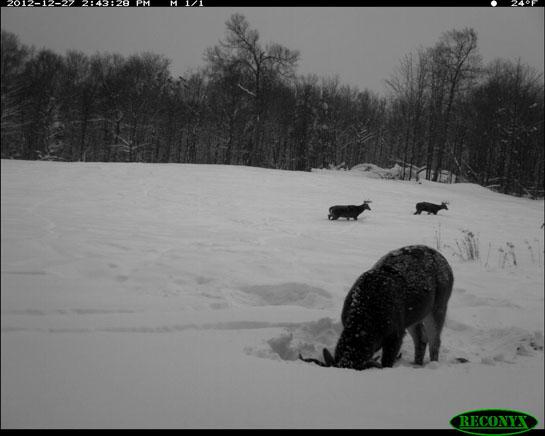 A year ago, whitetails in most of the country were gorging on fresh greens. This year, they’re still digging to stay alive. And the snowstorm that swept through the Midwest this past weekend and is hammering the Northeast early this week just might dictate your success this fall.

Most whitetail watchers would agree that the winter of 2012 has been a beast. Whitetails in many regions have been hunkered down for the past two months. They’ve been eating less and spending most of their time on their bellies in an effort to conserve energy and avoid burning body fat. Basically, deer have lived off of what little food they can find and have gradually used up the (fat and protein) reserves they stockpiled before the first flakes of winter flew.

Unfortunately, they can only live on body reserves for so long. Winters that start early or break late can wreak havoc with a whitetail herd. The first to go are typically the fawns; especially those that were born late and entered winter abnormally small. They simply don’t have the reserves to pull through a long difficult winter. Next are the old or injured. While last year’s abnormally mild winter allowed some of these deer to live another year, this year, Mother Nature will likely call the note in the days to come. Does absorb developing fetuses and bucks will spend next spring replacing body mass not growing antlers.

Depending upon the snow depths and temperatures where you live, you can still make a difference. If you have a chainsaw handy, head to the woods and start dropping some brush and tree tops in areas where your winter-weary whitetails can get to them. The buds are nutrition-rich right about now.

And while you are at it, put together a habitat development plan for your hunting property as an insurance policy against winters like this one. Crossing your fingers that winter will break here in a week or two isn’t nearly as effective. For more habitat development information visit www.northcountrywhitetails.com.