With overwhelming support from most of the state’s sportsmen, the New York Department of Environmental Conservation held the state’s first... 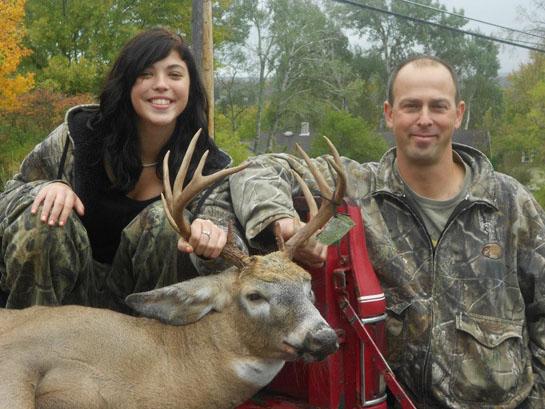 With overwhelming support from most of the state’s sportsmen, the New York Department of Environmental Conservation held the state’s first youth deer hunt last fall. The results are in and the three-day Columbus Day weekend hunt was a great success. The DEC estimates that 7,800 junior hunters (along with non-hunting mentors) took 1,411 whitetail deer.

The hunt was strongly opposed by New York Bowhunters Inc., who aggressively lobbied the New York legislature to stop it. In fact, the hunt was legislatively “up in the air” until a few days before it was held. The bowhunting group argued that a firearms hunt would disrupt the relative tranquility of their newly expanded bow season and interfere with their ability to hunt “undisturbed” deer. It was also opposed by those who felt there were safety concerns or that there was a possibility of illegal activity by hunt participants.

Fortunately for the kids, harvest data published by the DEC did not support the opponents’ contentions. The data show no decline in bowhunter success for either the weekend of the hunt or the weeks following it. Bowhunter success in 2012 was nearly identical to that of 2011 and the average of the past five seasons. The hunt was highly monitored by DEC officials and no junior hunters were cited for law enforcement violations and no shooting incidents were reported. In other words, the hunt went off without a hitch.

The DEC estimated that 61 percent of eligible youth (age 14-15) participated. Of those who participated, 78 percent were accompanied by a parent or legal guardian. A strong majority reported being highly satisfied with the hunt and 91.4 percent of 14-year-old junior hunters said they would like to participate next season as 15 year olds.

The major concern registered by participants was that the special hunt was not well publicized and the last-minute decision to hold the hunt left little time for planning. Still others reported that adults did not want them to hunt with a firearm during the bow season. Sadly, 39 percent of eligible youth sat it out, and 10 percent of the youth who did not participate had no one to take them.

With all of the major objections laid to rest it looks as though a youth deer season in New York is a done deal going forward and we can now concentrate on getting our participation numbers up in the 90-percent range. Next year, unless some group figures out how to screw it up, the season will go on as planned with plenty of notice. We need to do something about the kids without hunting mentors and those who were discouraged from participation due to a perceived conflict with bowhunters. Mentored youth programs have been a huge success nationally, (as well as in New York) and are one of the best hunter recruitment tools we have at our disposal.