EDITOR’S NOTE: This post is a follow-up to last month’s “The New Whitetail Scale” post by Darren Warner. In his... 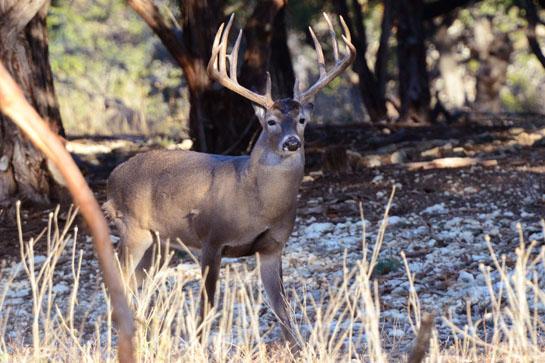 EDITOR’S NOTE: This post is a follow-up to last month’s “The New Whitetail Scale” post by Darren Warner. In his piece, Warner used a number of criteria to evaluate the real-world potential of states to produce record-book whitetails. Because some of the criteria require additional context, we asked Warner to explain his methodology here. Also, many readers wondered why Wisconsin, a state with more Boone and Crockett bucks than any other, was omitted from the ranking of states. The omission was the result of an editing error. Wisconsin ranks 6th in this revised post.

First and foremost, a sincere apology to those who hunt in Wisconsin for inadvertently omitting the Badger State from our list of top deer hunting destinations. Wisconsin actually came in #6, proving that it’s still a deer hunting hotspot.

Here’s the complete list of the best deer hunting states. I did not include Alabama, Montana, South Carolina and Wyoming in my analysis because these states didn’t have at least one Boone and Crockett (B&C) buck entry in each of the three years we looked at (2009, 2010, 2011).

Now, onto the criticisms of the methodology.

Whether you’re ranking the best cities to live in, the best new pickup trucks or the top trophy whitetail states, there’s an element of subjectivity involved. Heck, even how the B&C Club scores whitetails is, to some extent, subjective.

In “The New Whitetail Scale,” OL sought to devise a more comprehensive methodology for determining the top trophy states. We generated a lot of discussion among hunters, which is really the whole point in giving readers another way of looking at which states give hunters the best odds of bagging a trophy buck.

For those who believe that states should be ranked based only on the number of trophy bucks harvested in ONE year (which is what most authors look at) then I say, to each his own. For those who see the flaws in using such a limited measure, I applaud your willingness to think outside the box and consider other factors. Deer slayers throughout the country have told me they look at other factors when deciding which state(s) to hunt. I selected four factors that I could get data on and that enabled me to do an apples-to-apples comparison of states.

1. Trophy Production
Determining the percentage of B&C bucks harvested over three years puts states on a level playing field and allows us to see which states are trending.

2. Hunter Density
Because states are not consistent in their methodology for calculating huntable land, I used hunter density as a proxy. This measure doesn’t accurately track the number of hunters that use blocks of public vs. private land, but it does give an indication of relative hunting pressure on a statewide basis.

3. Cost of an Outfitted Hunt
Outfitters in states with a reputation for producing trophy bucks charge more than those in states that aren’t thought of big buck meccas. But that doesn’t mean hunters are more likely to kill a B&C buck in states like Illinois and Kansas. Whitetail Properties co-owner and Pike County, IL. hunter Dan Perez agrees.

“The next record buck is not going to come from Pike County,” said Perez. “It will probably come from a lesser known state where there are fewer hunters.”

4. Deer Hunter-Friendliness
You may not care if the state you’re archery hunting in doesn’t allow electronic sights, but other hunters do. Many states have nonsensical regulations that make it harder for hunters to ethically harvest trophy deer, and can even get hunters in trouble with the law. Here are a few more examples:

Missouri – It is illegal to cool any part of harvested deer in a body of water.

Minnesota – The use of scopes during muzzleloader season is not allowed.

Ohio – Unless using a plug, shotguns capable of holding more than three shells are prohibited.

The methodology isn’t perfect, but we’re attempting to create a more useful, real-world method to evaluate deer-hunting states. It may even convince some of you to consider hunting in a different state this fall, which just might put you in next year’s B&C Record Book.