Photo by Mitch Kezar/Windigo Images The following high-impact decoying strategies will enable you to exploit a mature buck’s vision and... 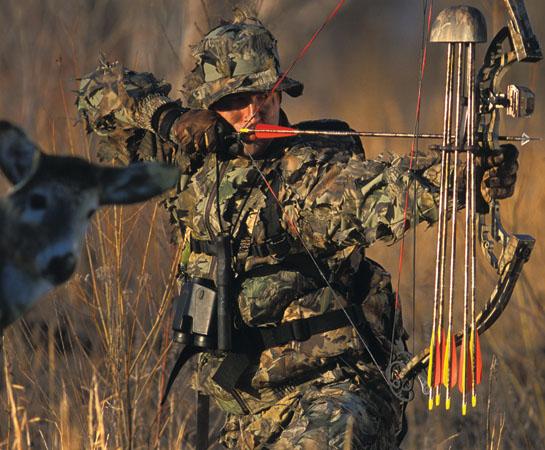 The following high-impact decoying strategies will enable you to exploit a mature buck’s vision and coax more deer into close range this season.

Whitetail bucks will be sticking to a predictable feeding-to-bedding pattern during the early weeks of the season. In many areas, shooters may still be traveling together in age-class bachelor groups.

Strategy: Attack His Curiosity
Setting up a passive single buck decoy inside a high-traffic area can pull a shooter straight into your lap. This technique can help relax a mature buck that stays in full alert, while taking advantage of his natural curiosity.

Clincher Move: Add Scents and Calling
It’s not too early to attack a buck’s nose and ears with scents and calling. Try adding straight (non-rut) buck urine near the decoy, accompanied by non-aggressive social grunts and buck bleats.

Toward the end of the late pre-rut and into the actual rutting period, big-buck habits and patterns will drastically change. During this stage, dominant bucks will become increasingly territorial and confrontational over estrous does.

Strategy: Strike a Jealous Nerve
Staking an intruder buck decoy near a prime feeding area that offers good visibility can be all it takes to pull an agitated brawler beneath your stand at this time. During the actual breeding phase, an antlered decoy placed above a receptive doe decoy will help crank up the action.

Location: Cruising and Breeding Areas
Targeting setup locations such as field edges, pinch points, and major travel corridors that connect doe feeding-to-bedding areas can be deadly during both of these transitional periods.

Clincher Move: Get Aggressive
Go with a three-pronged attack that exploits all of a tall-racked shooter’s senses. An intruder buck decoy combined with rut-related scents and aggressive calling, consisting of rattling, deep grunting, and snort-wheezing, will work now.

Mature bucks that still have a little fuel left in their tanks will be actively seeking yearling does that are hitting their very first estrous cycle and mature does that have not been bred during the primary rut.

Strategy: Attract and Flirt
A single doe decoy set up near a key transitional area is a great way to attract a lonely buck that’s looking for one last doe to breed.

Location: Doe Hotspots
Placing a slick-headed decoy inside an area that typically holds a lot of does is a high-impact decoying technique that will help you close the deal in a hurry. Focus on primary doe bedding and feeding locations.

Clincher Move: Act Desperate
Hitting desperate bucks with a series of urgent doe bleats and laying out a 360-degree estrous scent trail around the decoy will enable you to wrap your hands around some serious bone before the final buzzer sounds this season.