Kill or Contain: How Should Missouri Manage Chronic Wasting Disease?

Now that Chronic Wasting Disease has been found in both captive and free-ranging deer in Missouri, the Show-Me State is... 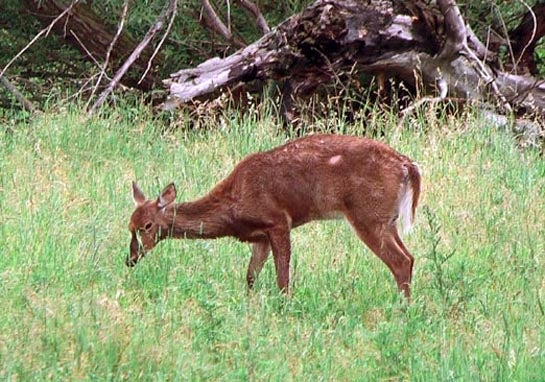 Now that Chronic Wasting Disease has been found in both captive and free-ranging deer in Missouri, the Show-Me State is faced with a gigantic decision: Should it try to eradicate the disease or merely slow its spread?

How it answers that question will affect anyone who hunts deer in America. That’s because Missouri is arguably the beacon of the whitetail world, and its management decisions will have a ripple effect across America’s Deer Belt.

The brain-wasting disease was first detected in Missouri in 2010 in captive deer around Macon, in the northeastern part of the state. The state’s Conservation Department increased monitoring of free-ranging deer around the deer farm and so far 10 cases of CWD have been found in wild deer.

There is no cure for CWD. It is 100 percent fatal to the deer it infects. In areas with high deer densities, the disease can spread quickly through nose-to-nose transmission or indirectly through contaminated soil.

Once is it well established in an area, CWD is impossible to eradicate. Instead, most states focus on limiting the spread of the disease and preventing its introduction into new areas. Missouri is smartly proposing restricting deer breeding facilities and captive hunting preserves as a first step toward containing the disease. The harder questions involve managing CWD in wild, free-ranging whitetails.

A lot of states now have the unhappy experience of managing deer in CWD areas. And Missouri is certainly looking to the experience of its neighbors. There are a couple of models out there, and they are all different.

Chronic Wasting Disease hit Wisconsin hard and early. Partly because its liberal baiting laws created unhealthy densities of whitetails, and partly because the bait that was used contained brain matter of infected animals, CWD swept through the southwestern corner of the Badger State like fire through straw.

Since the disease was first detected in Wisconsin in 2002, the state has conducted what can best be described as an eradication campaign, with hunters and game wardens aggressively killing as many deer as possible in the CWD-endemic areas of the state.

The aggressive strategy has alienated hunters, who either stopped hunting, hunted in violation of the draconian eradication laws, or moved to other areas of the state. And there’s no clear evidence that the eradication strategy worked to slow the spread of CWD.

A report issued in 2010 concluded that: “After more than eight years of CWD management in Wisconsin, it is increasingly clear that controlling CWD in free-ranging whitetails will be extremely challenging.”

Or Missouri might look west, to how Wyoming manages CWD. The disease has been prevalent in mule deer, whitetails, elk, and moose in the Cowboy State for nearly 40 years. It is concentrated mainly in the southeastern quarter of the state, but the infected zone is slowly expanding.

Wyoming’s Game and Fish Department has written that “based on the current scientific information about CWD in free-ranging [animals] eradication is not a realistic disease management objective.”

So instead of gunning all animals down in the disease area, the state basically autopsies hunter-killed carcasses and documents the spread of CWD, liberalizing harvest quotas in the areas where the disease shows up. Game managers have the option of culling animals near a newly discovered cluster of diseased animals, but that’s a strategy that’s rarely implemented.

Wyoming’s philosophy is probably more realistic than Wisconsin’s, but it could be dangerous for Missouri. The Show-Me State has high densities of deer and dense, animal-hiding foliage–not to mention abundant private land whose owners might not welcome state-sponsored deer gunners. With these factors, the let-it-go strategy could create a huge, uncontrollable disease front that could easily spread to Iowa and Illinois.

On the other hand, Wisconsin’s model has so alienated deer hunters that the state’s wildlife managers have little support among the very population that should help the most with any containment strategy.

So what should Missouri do about CWD? Leave your comment below, but also chime in on the Department of Conservation’s CWD forum here.