A Better Deer Drive: Post Someone at the Backdoor

You can no more “drive” a whitetail where you want it to go than you can steer the sun through... 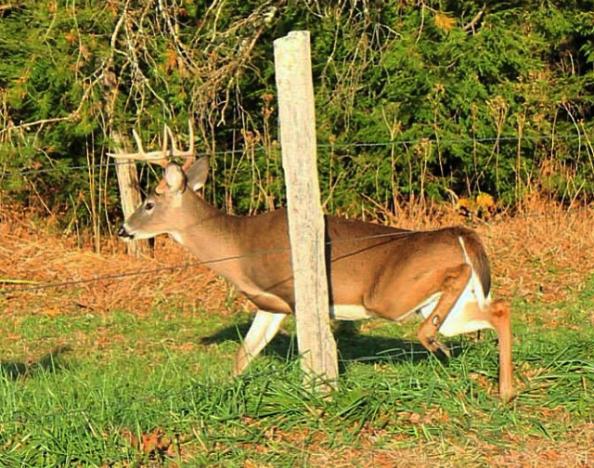 You can no more “drive” a whitetail where you want it to go than you can steer the sun through the sky. Whitetails simply won’t cooperate with even the best-laid hunting plans. They go where they want.

When you team up with hunting buddies to nudge whitetails into each other’s gun sights this season, it’s essential to cover oddball escape routes, not just convenient crossings predictably situated at the other end of cover. One favorite whitetail escape route involves the back door.

It took a ringside seat for me to learn this. Perched atop a bluff in Wisconsin’s southwest hill country, I once witnessed a deer drive develop across a coulee. Nothing came out the far end of the woodlot the hunters worked. But several whitetails exited the cover behind the skirmish line and snuck away, tails and heads down, with the wind at their backs. The hunters were none the wiser.

My brothers called me crazy the next season when we staged one of our own little family pushes and I elected to stay behind the pushers instead of posting ahead. The roly-poly 6-pointer I dropped 10 minutes after they started out forever changed the way we plan and stake out these kinds of hunts.
**
Trailer Strategies**
If the cover is extensive and thick, deer often won’t want to exit the habitat’s relative safety. In large blocks of timber or brush, employ a trailing hunter behind the line of pushers. The trailer should hunt slowly and silently 75 to 100 yards behind the pushers (hunters illustrated in tan). Whitetails tend to flank any push, then circle behind and go right back to their beds. A stealthy trailer can surprise deer doing this.

Stander Strategies
Another way to cover the back door is to place a stander at a likely escape route–watching a timber edge or a brushy draw–behind the general direction of the drive (hunters illustrated in blue). Since pushers usually move into the breeze, it would seem logical that escaping deer would head off in the same direction, away from danger. But today’s whitetails often won’t behave as expected. A backdoor exit, even with the wind at the deer’s back, is preferable to unknown danger ahead.

The Two Man Hunt
As few as two hunters can take advantage of whitetails’ affinity for the back door. A lone still-hunter moves into the wind, hunting slowly on his own. Any whitetails he moves will likely move off to the side and circle behind, thinking the danger has passed. The trailing hunter, with eyes wide open, flanks the first to surprise ​the deer.