The Rut Is Winding Down: Time to Change Tactics

This week’s field reports offer plenty of evidence that the rut is winding down across most of whitetail country. Doe/fawn... 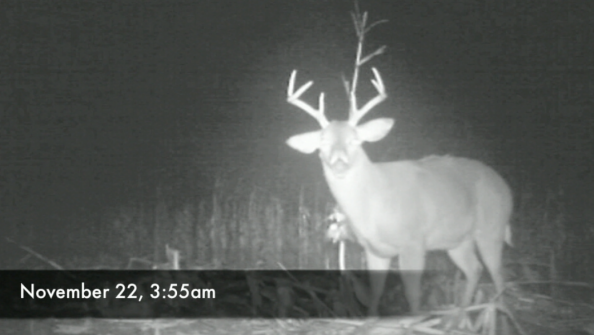 This week’s field reports offer plenty of evidence that the rut is winding down across most of whitetail country. Doe/fawn groups are reuniting and returning to common feeding and congregation areas. Food is once again becoming the focus and bucks are starting to cut does a little slack. Some bucks are even beginning to tolerate other bucks again. By the end of next week, things should be pretty much back to normal across whitetail country with whitetails focusing on staying alive more than breeding. It’s time to adopt post-rut hunting tactics.

**
The New Normal**
In contrast to early-season patterns when whitetails hit food sources early and stayed late, activity now is all about feeding smart and staying alive. This means fattening up for winter and not getting shot. While early-season whitetails are slaves to their stomachs and can get a little careless, late-season deer are of a different stripe. They’ve been bumped and busted and grunted at and shot at and harassed for months. They are hard-wired to stay alive and every circuit is working. They are using the thickest cover, hanging in out-of-the-way places and avoiding hunters at all cost even while feeding.

We had been saving a standing cornfield on our farm for a few special hunts all season. The first night it was hunted, almost 20 deer came to the field. On the second hunt, the count was down to 12 and by the third hunt only 4 deer came to the corn. Were all the deer gone? Heck no, the cameras showed plenty and so did observations in sanctuary areas. They were just getting very smart very quickly. They are gradually coming back now, but it will need to be rested for a while before any good bucks return during daylight hours.

Field observations by hunters throughout our network are similar. Most good bucks are hard to come by (in areas of high pressure) and cameras shots are down. Mature bucks are using every trick in the book to avoid hunters. No, they haven’t all been shot but they have all gotten smarter. Some are just laying up weary from the stress of a month or more of rutting.

That said, with does and fawns once again beginning to feed aggressively, know that the bucks won’t be far behind. If they’re not already, look for deer to be all over standing corn and soybean fields. They are also chowing down on brassicas plots and cleaning up leftover apples and persimmons. If you’re not hunting near standing corn or bean fields, then native browse and vegetation will have to do. Know that late-season acorns always rule. Unfortunately much–though not all–of this feeding is under the cover of darkness due to month of hunting pressure.

How to Hunt’em
The weather patterns across most of whitetail country are looking favorable for cold-weather hunting. Snow will cover up many food sources and deer will be up and about looking for food. The opportunity comes where food and severe weather meet. Nasty weather will force whitetails to feed more during daylight hours. If they had their way they would feed only under the cover of darkness and loaf the day away in the thickest toughest places they can find. Unfortunately their systems require them to feed every 4 to 6 hours. This time of year that means at least one or two feeding sessions during daylight hours as they try to avoid energy-zapping night time temperatures.

As far as this week’s hunting goes, savvy hunters must take hunting pressure into account. Most whitetail states are already well into gun season. That means pressured deer and tougher hunting in most locales. But it also means that hidden cover and hidey holes will be where the deer are. Hunt soft and hunt food.

Have fait, too, that the rut ain’t over till it’s over and there will still be some breeding going on in your woods. Does that did not conceive a month ago will be recycling as will some doe fawns for the first time. You could stumble upon rut activity anytime in the next few weeks.

If you are hunting one of the lucky states that has yet to start gun hunting like Massachusetts and Pennsylvania, it could be a great week if you know where the food sources are and the weather stays cold. Get a warm streak, and all bets are off other than the first few days.