How to Judge Winter Impact in Your Deer Woods

A week or so ago we blogged on how some northern states use the Winter Severity Index (WSI) to gauge... 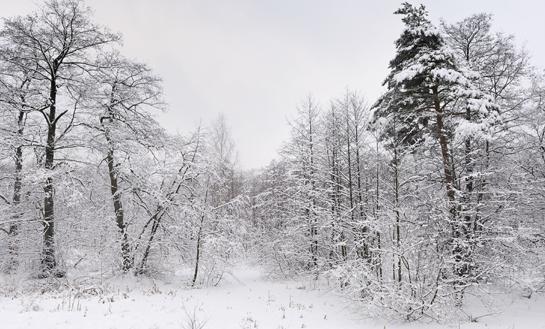 A week or so ago we blogged on how some northern states use the Winter Severity Index (WSI) to gauge potential winterkill. Basically, the more snow cover and sub zero temps, the harder it is on the deer. But the WSI covers relatively large geographic areas. What really matters are conditions for the deer herd you hunt; not conditions somewhere else in the state.

The first thing you need to do is march (or mush) your way out to your deer woods to see what’s going on. If there are no deer around, don’t be overly alarmed. They could simply have shifted areas. In some locations, it’s a simple shift to a hemlock gully or dense conifer stand that has less snow and retains heat better. It could also be a southern slope with its sun gathering exposures and patches of bare ground. In some areas, deer travel major distances to wintering areas. It all depends on local conditions.

Once you find where your deer are hanging out, you can begin studying what they are feeding on. If they are digging through a foot or less of snow,
they have obviously found something they like and aren’t working too hard. But digging deeper than that is really tough on a whitetail (in terms of energy expended) and could be a sign of excessive hunger. Frozen, hard-packed snow is really tough to dig through as well. Deer don’t like to work too hard for their dinner; if they are working hard it is generally a sign that food is in short supply.

More than likely, most of the feeding will be on browse species. The first thing you should check is what they are eating. Deer are concentrate selectors, which means they concentrate their eating to what they like. That typically equates to what is good for them. Deer in our area only eat certain species like beech, ironwood, or mountain laurel when they are forced to. Some of those plants, like mountain laurel, have no nutrition at all and are referred to as filler (or starvation) foods. Most deer prefer species like maple, and oak and viburnum and any kind of fruit species. Numerous lists of preferred foods are available but there are always exceptions. If they are keying on their least favorite species, the good stuff has probably been cleaned out.

The next thing you should look at is how hard the plant species has been browsed. If the deer are using the top inch of a shoot or twig that is generally a good sign. Most of the nutrition is in the last inch of growth. If they are eating browse species down the thickness of your little finger then you have very, very, hungry deer that are getting little nutrition from their browsing. This is definitely a danger sign and a reason to get the old chainsaw out and start dropping some tender tops for them to munch on.

Keep your eye on where your deer are feeding. When your deer start showing up in all the wrong places (people places) at all the wrong times (broad daylight) it is very likely a danger sign. If your deer have left the safety of the woods for the food of your backyard or along the highway, or in town, they are probably in trouble.

The final thing to look for is winterkilled deer. If you come upon any dead deer you will want to determine if it was simple predation or starvation. You can tell by cracking open the femur bone (large bone connected to hip). If it contains white suet like fatty matter the deer died from causes other than starvation. If the contents are runny and pink or red, the deer has used up all its fat reserves and most likely died of starvation. Predators feeding on animals already dead typically do not leave bruise or hemorrhage marks on a carcass. If you find evidence of bruising or bleeding, the deer was probably taken by a predator. Just to be safe, use protective gloves when handling dead deer.

Once you decide on your herd’s winter stress level, you can decide either to let this tough winter play out or fire up the saw and put some natural vegetation on the ground. But, whatever you do, do not put out corn piles or other foods they haven’t used in months. It will only accelerate the starvation process.