Winter Kill: What You Need to Know about WSI and Whitetail Survival

It’s shaping up to be a tough winter on whitetails, especially in northern locations. A combination of heavy snow cover... 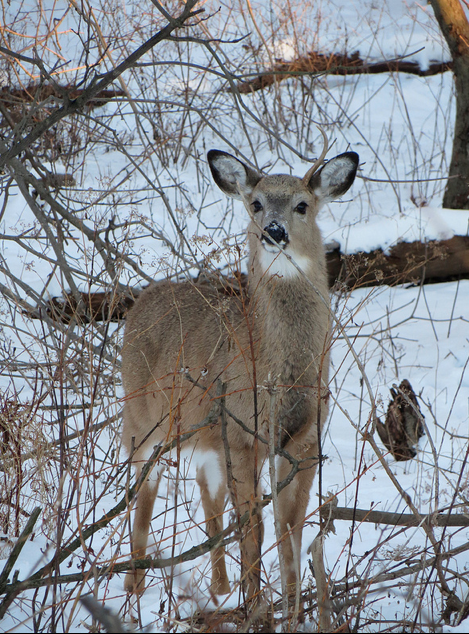 It’s shaping up to be a tough winter on whitetails, especially in northern locations. A combination of heavy snow cover and sub-zero temperatures will no doubt take its toll.

Research done at the University of New Hampshire found that the average mature doe enters winter with a three-month supply of fat on her body. In tough times of heavy snow and super cold temperatures, this is what she will live on. Every day she can’t find food or doesn’t get out to forage, she burns fat to stay alive. The colder the winter and the more snow on the ground, the more fat she will burn. Once the fat is consumed, the body starts burning muscle until starvation and death. Are your deer in danger?

Deer researchers in most Northern states keep track of winter stress by looking at snow cover and temperature. They use a tracking tool called the Winter Severity Index (WSI). Basically, the WSI tracks snowfall and temperature from December 1 through April 30 and gives an indication as to its impact on deer. Any day where temps drop to zero or under gets scored as a 1. Additionally, any day where there is 18 inches of snow or more on the ground also gets scored as a 1. So, if 12 days in January had an 18-inch cover of snow and 6 days dropped to zero or below, the score for January would be 18. A seasonal score of 50 or under = mild winter, 51-80 moderate, 81-100 severe, and over 100 very severe. Severe and very severe winters generally mean reduced deer numbers due to winter kill. The fawns generally go first followed by the infirmed and finally healthy deer.

Your state may or may not be one of the states that tracks winter severity and even if they do, you can’t depend on them to get it exactly right for the area you hunt. Serious whitetail watchers can compute the WSI index for areas of interest by gathering weather service data www.weather.gov.

The best way to keep track of the WSI is to gather your own data for roughly a square mile or two in your area of interest. The WSI can vary greatly due to local conditions and topography. It may be more severe on your property than your neighbor’s or vise versa. For sure it will vary location to location and for sure most deer will move a few miles in winter to find better conditions. A property that is comprised mostly of southern exposures will have less snow cover than land that mostly faces north. Ambient temperatures on southern faces are generally warmer than northern exposures especially if there is thermal cover like evergreen stands available. Thermal cover and native vegetation that serves as both food and cover, will enable deer to better survive a severe winter regardless of the WSI. And of course, we all know the effects of winter winds on warm blooded mammals like us.

The real danger comes at the tail end of winter when the fat reserves fueling deer are running on empty. Heavy snow that lasts well into spring can be a real killer. An early spring in winters like these can mean the difference between life and death to a whitetail.

The bottom line is, we’re halfway through one of the toughest winters in years and the WSI is one way to better wrap your head around the impact on the deer. The measure is imprecise but a whole lot more useful than looking out your window and wondering.How are your deer faring this winter? Please let us know in the comments box below.