Big changes are in the works for bowhunting in Connecticut. Not only is bowhunting on the rise among the state’s... 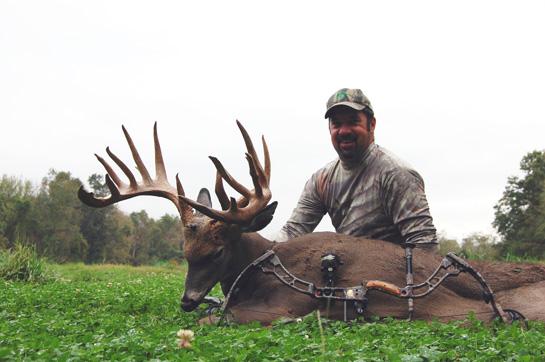 Big changes are in the works for bowhunting in Connecticut. Not only is bowhunting on the rise among the state’s hunters, but the Department of Energy and Environmental Protection is also considering lifting the ban on Sunday hunting for deer hunters using bows.

Virginia recently decided to allow hunters into the woods on Sundays, and Connecticut wildlife officials are considering the same revision. If implemented, the legislation would permit bowhunters to pursue deer only on private land on Sundays, reports the Hartford Courant. Wildlife officials say the whitetail population is growing too large and an extra day would give hunters additional opportunities to take a deer.

However, there is some disagreement regarding the status of Connecticut’s whitetail population. Officials have found 40 deer per square mile in some areas, which exceeds the desired population ranges of about 15 to 20 deer per square mile, DEEP spokesman Dennis Schain told the Courant. The Courant also reports that DEEP has not released a statewide whitetail population estimate since 2006 and that some hunters believe the population is declining. That 2006 figure estimated 136,000 deer inhabited the state.

This past deer season, Connecticut hunters harvested more whitetails with a bow than with a firearm–a first for modern deer hunting in the state. Bowhunters were responsible for 58 percent of the roughly 10,400 kills reported with information about method of take. That breaks down to 6,046 deer harvested with bows and 4,340 taken using a gun, according to the newspaper.

Despite this shift in favor of bowhunting, wildlife officials pointed out that an additional 2,100 harvests do not include information on method of take. Private landowners in Connecticut are not required to report how they shoot deer on their own property, which results in unclear data during the overlap of bow and gun seasons. But even without this information, the fact remains that bowhunting is on the rise.

Officials attribute this phenomenon to hunting regulations that favor bowhunters and the increasing popularity of the crossbow. Connecticut’s most recent gun season lasted three weeks, while bowhunters enjoyed an archery season that stretched from mid-September through the end of January. Bowhunters are also permitted to hunt whitetails on smaller properties and closer to homes than hunters using a firearm. The same principal applies in more densely populated suburban areas, where officials have grown more comfortable with bowhunting as a means for reducing deer populations.

Photo: The buck in the photo above was taken by Dan O’Brien during the 2011 Connecticut archery season (Northeast Big Buck Club)